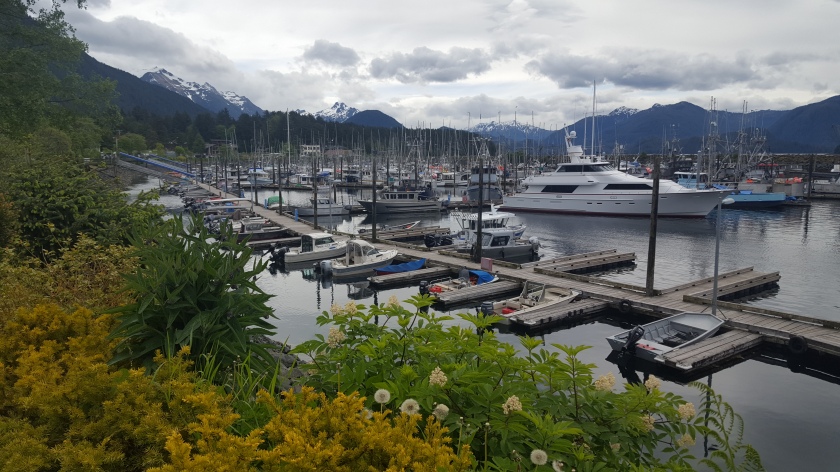 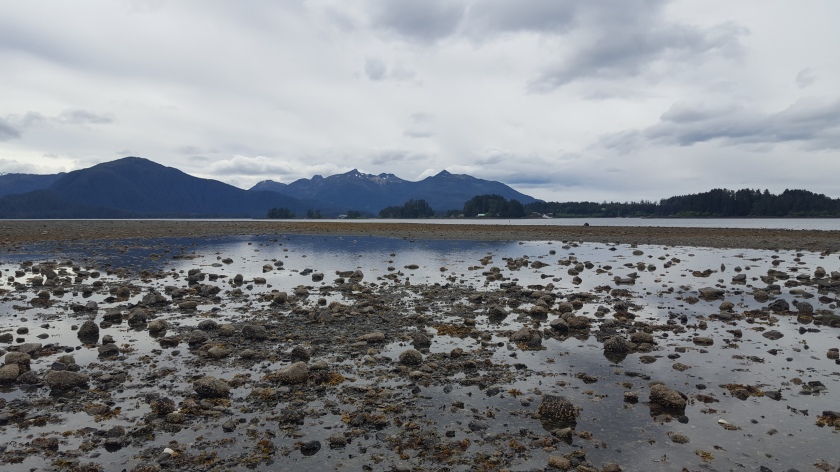 Sitka was the last of the Alaska ports of call before the Norwegian Jewel headed down to Canada. On this day, I had a look around Sitka in the morning and participated in a ‘bike and hike’ excursion in the afternoon!

With a population of around 9000 Sitka was one of the larger of the Alaskan towns I visited. The ship had docked several miles from the town meaning everyone had to get a shuttle bus if they wished to visit. This resulted in a lengthy queue and, although there was several buses taking passengers between the port and Sitka throughout the day, meant a 30 minute wait for me.

Once I arrived in Sitka, having been dropped off by the shuttle bus in the centre, I walked along the coastal path for about half a mile or so towards the Historic Totem Park. The pleasant path hugged the edge of the coast, past the marina and through small wooded areas.

Sitka National Historic Park sits adjacent to the coast and with its huge spruce trees and widespread ferns was beautifully green. This rainforest is the smallest of Alaska’s national parks with an area of 113 acres. There are marked trails through the park each giving you information on the distances and time it would take to walk each trail. 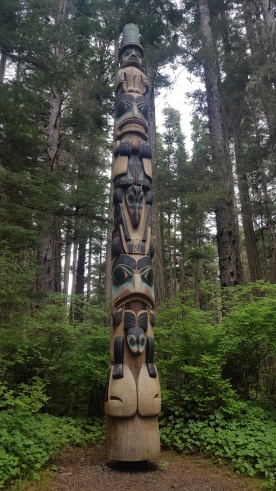 At the entrance to park there is a visitors centre which contains a workshop where you can see totem poles being carved. The museum explains the history of the totem poles which were carved to represent events and stories and cultural heritage. There are authentic 20 totem poles dotted around the park.

I didn’t have much time in Sitka exploring the totem park as I needed to return, via the shuttle bus, to the ship to get to the excursion meeting point by 12:30. Again, another group of about 15 of us met the guide and boarded a mini bus.

The bus drove us for about 25 minutes, back through Sitka and into the countryside beyond. We arrived at a lock up where we were given a helmet and a bike each. The bikes were fairly new and of good quality.

We were led on our bikes along a smooth and flat cycle path, next to the road and towards the forest. We past spectacular scenery as in the photo above. 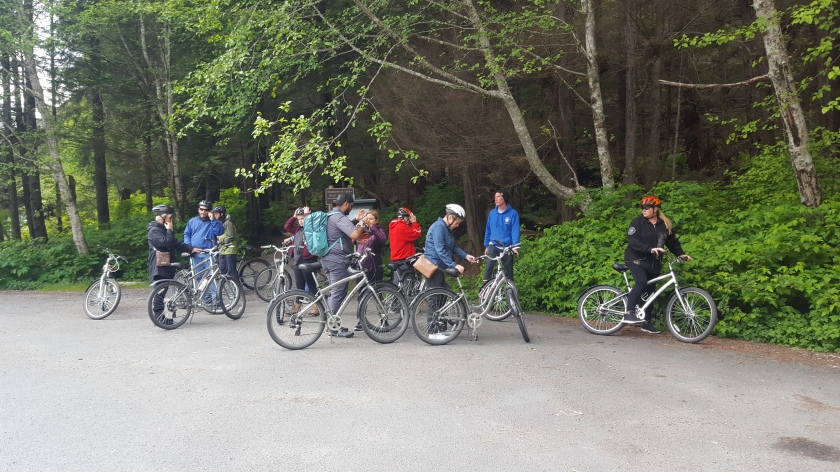 The bike ride only lasted for around 15 minutes before we arrived at the start of the trek. We removed our helmets and left them together with our bikes and headed off into the forest. It was unfortunate the bike ride was so short as I really enjoyed this and could have happily cycled for much longer.

The trail was easy and flat again we were provided with the bear safety briefing. The guides, Evan and Michael were knowledgeable and explained the flora and fauna of the rainforest and also pointed out some fairly recent bear droppings, right on the path. 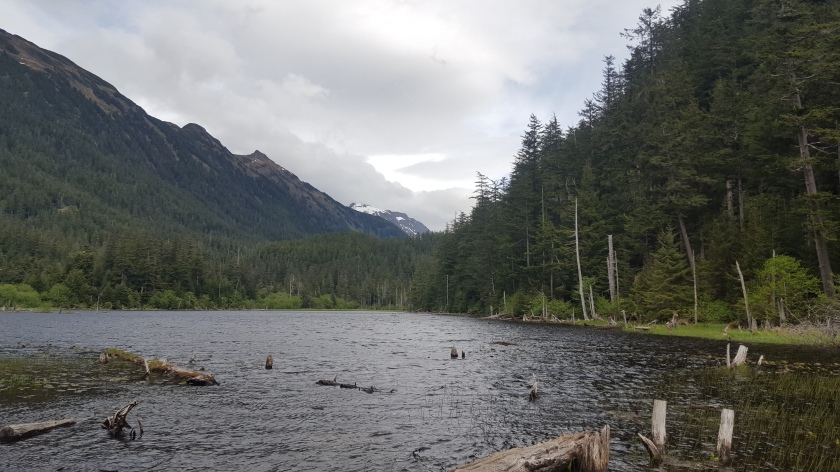 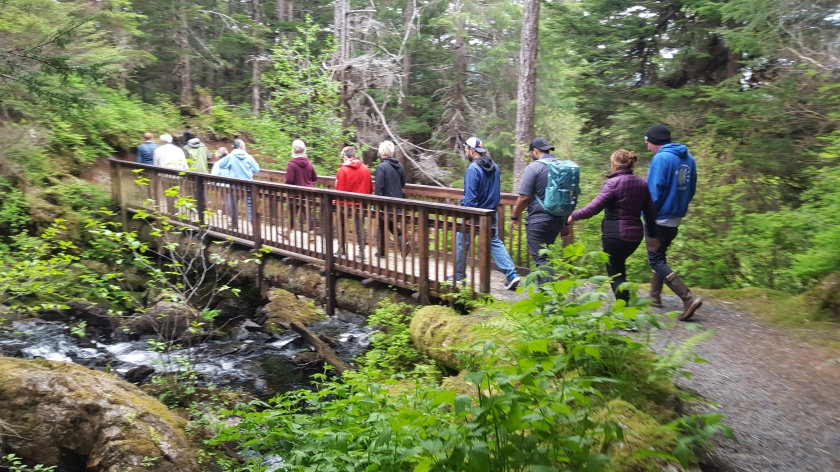 The walk was probably only a couple of miles at the most, where we walked into the forest and back along the same path. As with Icy Strait Point the previous day this was a little disappointing as I felt the treks I did to the Mendenhall Glacier and in Skagway were more like ‘proper’ treks.

We arrived back at the bikes, replaced our helmets and cycled back along the same path, past the spectacular mountain and sea scenery and back to the lock up.

One of the highlights of the day was seeing a bear cub! On our return to the ship, shortly before the mini bus turned off the main road and into the port, a small black cuddly bear cub scampered across the road right in front of the mini bus! The driver had to slow right down while the cub crossed and I was fortunate see it as I was sitting in one of the front seats! Unfortunately it all happened too quickly for me to capture a photo… and nobody was quite sure where the muma bear was… The guides were as surprised to see the cub as we were as this wasn’t a normal occurrence!