Following an ‘at sea’ day as the Norwegian Jewel cruised south from Alaska we arrived to a rainy Victoria at around 11:30 in the morning. Victoria is the capital of British Colombia, the western province of Canada and is located on Vancouver Island.

During the cruise I had become good friends with Melinda (from California) and Linda (from Kentucky) who had both independently booked for afternoon tea in the Empress Hotel! This was, apparently, the thing to do when visiting Victoria and is very much part of the colonial British heritage of the city.

After so much hiking at each of the Alaskan ports, the idea of a sophisticated afternoon tea was most appealing. I tried to pre-book online but unfortunately there were no spaces so the three of us decided we would turn up and hope they could squeeze me in! After all, 3 of us on one table together had to be preferable than Melinda and Linda having two separate tables of afternoon tea for one.

Thankfully, after some sweet talking from Melinda and some big puppy dog eyes from me, the kind lady at the tea room found a table for 3 which was immediately available… result! 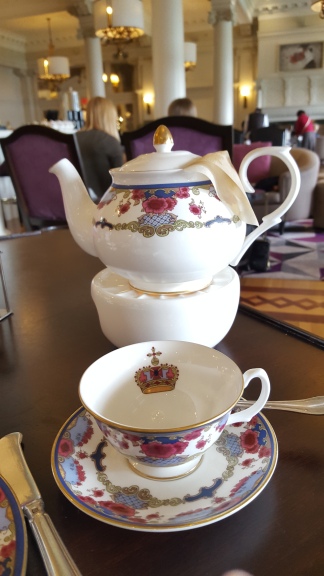 And what a result it was! Afternoon tea in the Empress hotel was fabulous 🙂  For around £50 each we had a delicious selection of little mini cakes, finger size sandwiches and large scones served with clotted cream and jam! Happy days!

The scones were warm and we were advised the correct way was to start with them, that is, to start from the bottom of the tiered cake stand and work our way upwards! Presumably so we ate the scones while they were hot…

After selecting our choice of tea from the tea menu (I had a delicious pineapple tea) we were given a teapot each which had a candle underneath to keep the tea hot. We were also provided with an egg timer so we could have our tea at its optimum best depending on how weak or strong your preference might be! And we had a selection of sugars including maple syrup sugar. 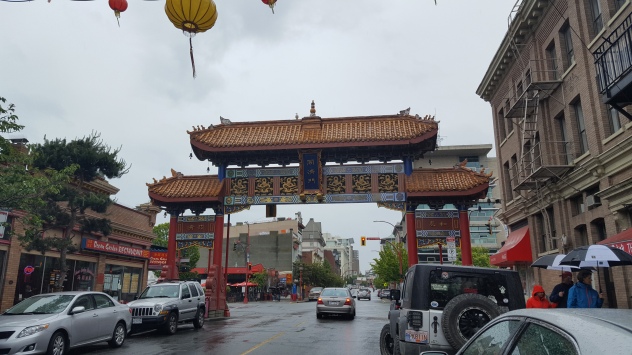 Following our delicious afternoon tea I exchanged my high sandals for my trainers, popped on my rain jacket and the three of us went our separate ways; Linda went to the museum; Melinda went back to the ship and I went off for a wander…

Using Google Maps I headed towards Fan Tan Alley, the narrowest street in Canada (left pic above) which led to China town (right pic). It was still raining so I didn’t spend much time there before I walked back along the harbour and towards the Parliament buildings. 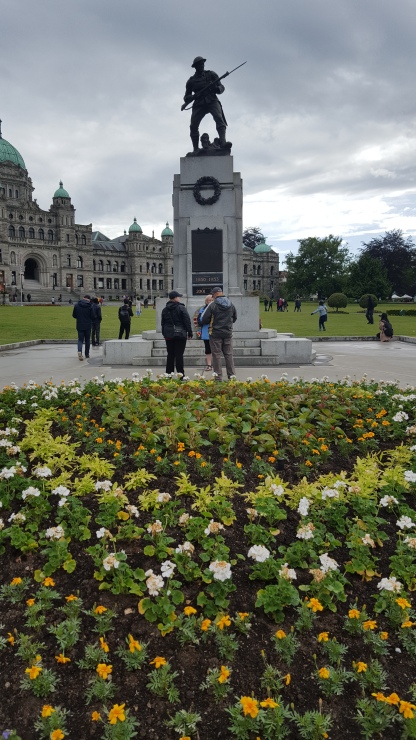 The Queen Victoria statue (above right) was unveiled by HRH the Prince of Wales on 24th September 1919.

Tours inside the Parliament buildings are available, however after walking around the grounds for a short time I made my way back towards the ship.

The weather had improved and I had a scenic 2 mile walk back as I followed the coastal path. This took me past the Huntingdon Manor hotel, another hotel popular for afternoon teas and also with an interesting history. The hotel began its life as an investment from the Gold Rush of 1875.

En-route to the ship I came across Fisherman’s Wharf, the home to quirky colourful floating homes, cafes and shops.

Before boarding the ship I had a walk along the (windy) and lengthy breakwater which took around 15 minutes before I reached the lighthouse at the end. I had great views of the Norwegian Jewel and stood looking at this monster of a ship trying to imagine the logistics that must be involved to actually operate a cruise ship of this size and scale… and this is only a ‘medium’ size ship! 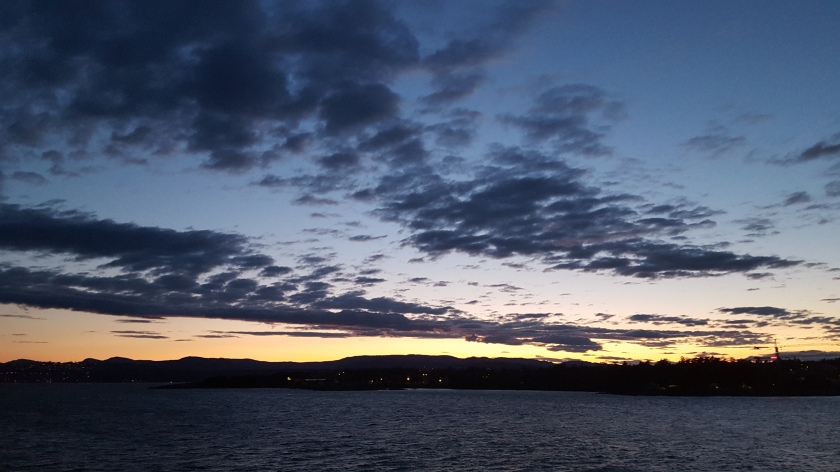 I had dinner with some of my new friends (Melinda, Ken, JD and Sydney) and felt quite sad as this was the last night of our cruise… tomorrow we would be docking in Vancouver where we would have to disembark by around 9 am to enable the crew to prepare the ship for the next passengers.