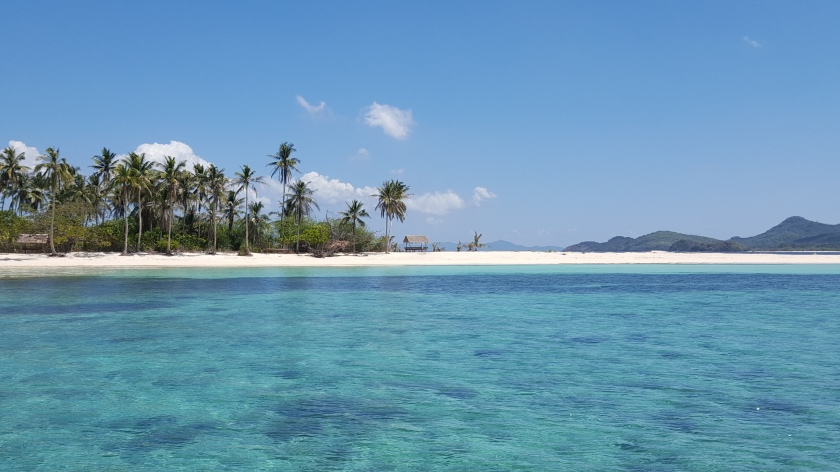 With so much to see and do in the Philippines we spent a long time deliberating and deciding what our itinerary should be and how best to spend our 2.5 weeks.

The Philippines consists of over 7000 islands and while it is possible to travel to many of them by boat, this often involves long ferry trips sometimes lasting a couple of days. These tend to be infrequent and are often cargo ferries so most people tend to fly between island destinations.

There is a small number of inter-island flights however most operate in and out of Manila. We didn’t want to spend too much time flying and waiting around at airports so decided to divide our time between visiting the Banaue and Batad rice terraces and visiting Palawan for a mix of Philippine culture, some rice terrace trekking and some island life.

This is our summary:

Day 1: fly to Manila (from Jakarta via Singapore) and stay for 1 night in Manila.

Day 2: Check out of Manila hotel and travel by night bus to Banaue

Day 5: Travel by night bus back to Manila

Day 7: Fly to Puerto Princesa and stay for 1 night

Day 8: Travel by bus from Puerto Princesa to El Nido and stay in El Nido for 3 nights

Day 11: Travel by bus to El Nido East to stay at the remote Tapik Beach

Day 17: Fly back to Manila for connecting flight on to Thailand

If you have less time then our suggestion would be to reduce your stay in Manila. Wikitravel explains that Manila has a reputation for being congested and polluted but is rapidly developing.

Being on an extended RTW (round-the-world) trip we need to factor in odd days here and there for catching up with blog posts, researching and booking future destinations, accommodations and flights and getting our washing up to date etc. We therefore spent one day doing this while in the Manila hotel. If we were on a two week holiday we wouldn’t need to do this and would be maximising our time in the Philippines!

Some people fly straight into Manila and straight out to one of the islands and don’t even set foot in the city. We would recommend this if you are not planning to visit anywhere on the Luzon island where Manila and the Banaue/Batad rice terraces located.

We found it convenient to stay in the same Manila hotel either side of our Banaue trip as we were able to leave the bulk of our luggage behind and travel light with our small backpacks. However there are other luggage storage places in Manila so you don’t necessarily have to stay.

If you are planning to visit the Banaue and/or Batad rice terraces, you could also fly into Manila and plan your agenda to get the night bus on the same night.

Getting around Manila and Banaue was mostly either by jeepney or taxi. Jeepney’s were originally derived from 2nd World War jeeps which the US army left behind. They were then cleverly converted to passenger carrying vehicles. Painted and sprayed in bright colours they add a cheery feel to the streets of Manila! Jeepney’s are cheap and readily available to all.

If travelling by taxi in Manila you are advised to select a white metered taxi. Often the driver will switch the meter off and negotiate a higher price with you. Having said that, taxi’s are still cheap and probably the most convenient way of getting around. Manila airport taxi’s are yellow.

We stayed at the Aurum One Makati hotel in Manila which was a good budget hotel and close to the airport. There was a security guard on the door and each time we arrived in a taxi, they noted the taxi’s registration details. Even the convenience shop underneath the hotel had a permanent security guard. The hotel information book contained a page of recommendations for staying safe in Manila. Even one of the taxi drivers gave us suggestions for avoiding corrupt taxi drivers!

While in Manila we went to the Mall of Asia and the San Lazaro shopping malls, where everyone has their bags searched before entering. Many shops within the Mall also have additional security guards. The shopping malls are therefore safe however we saw a lot of poverty and rundown areas while driving through Manila.

Food and drink is relatively cheap in the Philippines. In a bar you can often get a bottle of San Miguel lager for as little as 40 pesos (£0.60) and a decent meal for two including drinks for around £7.50 upwards. The prices are higher in El Nido where we were paying around £15 per night for a meal for two with drinks. As we found in the places we visited in  Indonesia, wine doesn’t feature too much on Philippine drink menu’s so we stuck mainly to San Miguel.

We’ve found wifi to be slow (or non-existent) in most of the places we visited in the Philippines. We stayed in two places where we knew there wouldn’t be any (Batad and Tapik) however while usually OK to check emails and make some bookings it was still generally too slow to upload any pictures in the places we stayed at in Manila, Puerto Princesa and El Nido.

We’ve now found the fastest wifi (Sheebang Hostel) in over two weeks so just before we leave for Thailand we are now ploughing our way through a few Philippine blog posts!

As you can see from the picture at the top of this post, there are some fantastic beaches and islands in the Philippines. There are also volcanoes, dive sites, surf beaches, trekking and a huge range of other sites and activities available that we could have spent 2 or 3 months here and still had plenty to see and do.

While we didn’t have to pay a tax to fly from Manila to Puerto Princesa we found this was the case on our return flight.

Tip 1: Every person departing Puerto Princesa airport has to pay 200 pesos in cash (and exact money is preferred) for the domestic passenger terminal fee. There are no ATM’s immediately at the airport so it is advised to ensure you have this available when you leave. (There is one nearby but apparently it has a tendency to swallow cards and people have been known to miss their flights…)

Tip 2: Budget airlines can often be delayed so consider booking with the same airline if you are flying from an island into Manila for a connecting flight. The airline is (possibly) more likely to take some responsibility if you miss your international flight out of Manila.

Tip 3: Manila has 4 airport terminals which are not next to each other. It can take at least an hour to travel outside along the roads between each of them and we were advised we would probably need to get a taxi.

However, we discovered the airport has a free transfer service (although we’re not sure if this is the case for transport between all terminals). We arrived at domestic terminal 4 (from Puerto Princesa). Once we had landed and ‘de-planed’, immediately upon entering the baggage claim area, we saw the Transfer Service desk. We had to show our onward ticket and waited for 40 minutes (in which time we collected our case). The bus travels around the perimeter of the airport runways and dropped us off at Terminal 3 for no cost. Had we not spotted this we would have gone outside and paid for a taxi!

Tip 4: Terminal 3 is newly built and has a range of shops and restaurants. We found Mary Grace, a French style cafe on the 3rd floor with awesome cakes, coffees, staff and good wifi. We tried an ‘ensaymada’ which is a sweet Filipino bread with a cheese and sugar topping! The recipe originates from Spanish influence of the Philippines. 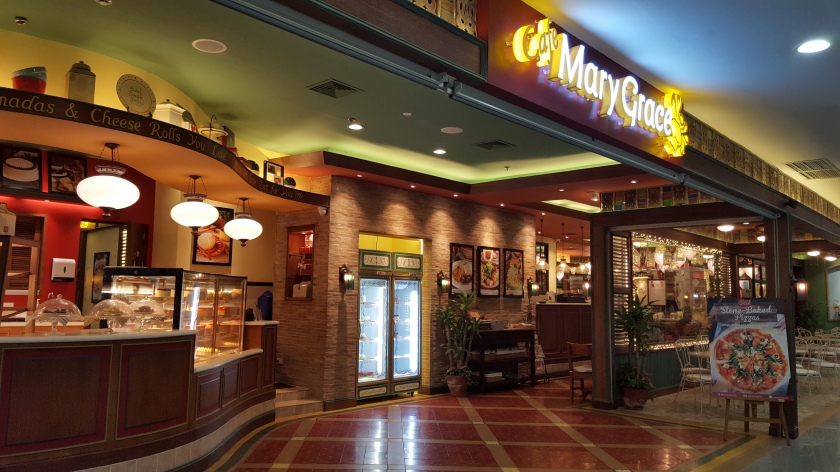