It was over 6 years ago that Chris and I visited Singapore, so two years before we started this blog. Back then we had a vague plan to travel the world ‘at some point’ and didn’t know it would become a reality as soon as 1st January 2016 when we each had a career break and set off for most of the entire year.

The reason for publishing this post now is following the viewing of a recent family video from 22 years ago and my realisation that I had actually forgotten much of what Chris and I did when we were in Singapore only 6 years ago! One of the brilliant things about keeping a travel blog is it keeps your memories alive…

Our trip to Singapore was part of a two week holiday which also included a visit to Dubai, a couple of nights in Kuala Lumpur and a week in Langkawi; potential future TBT posts…

Located inside the Botanical Gardens, the National Orchid Garden is one of Singapore’s most famous attractions. Little paths enable you to wander through and admire the amazing colours and beautiful orchids. 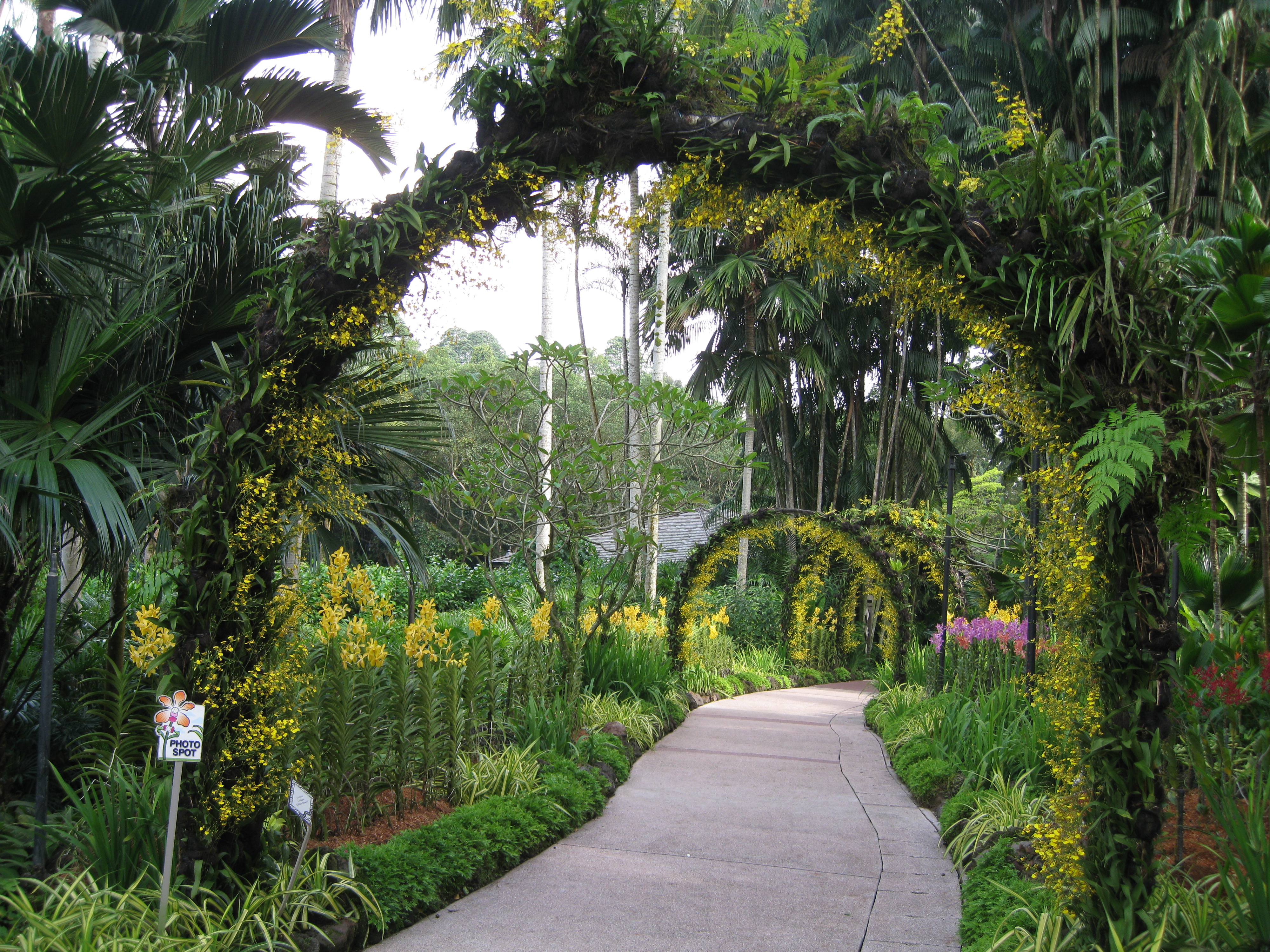 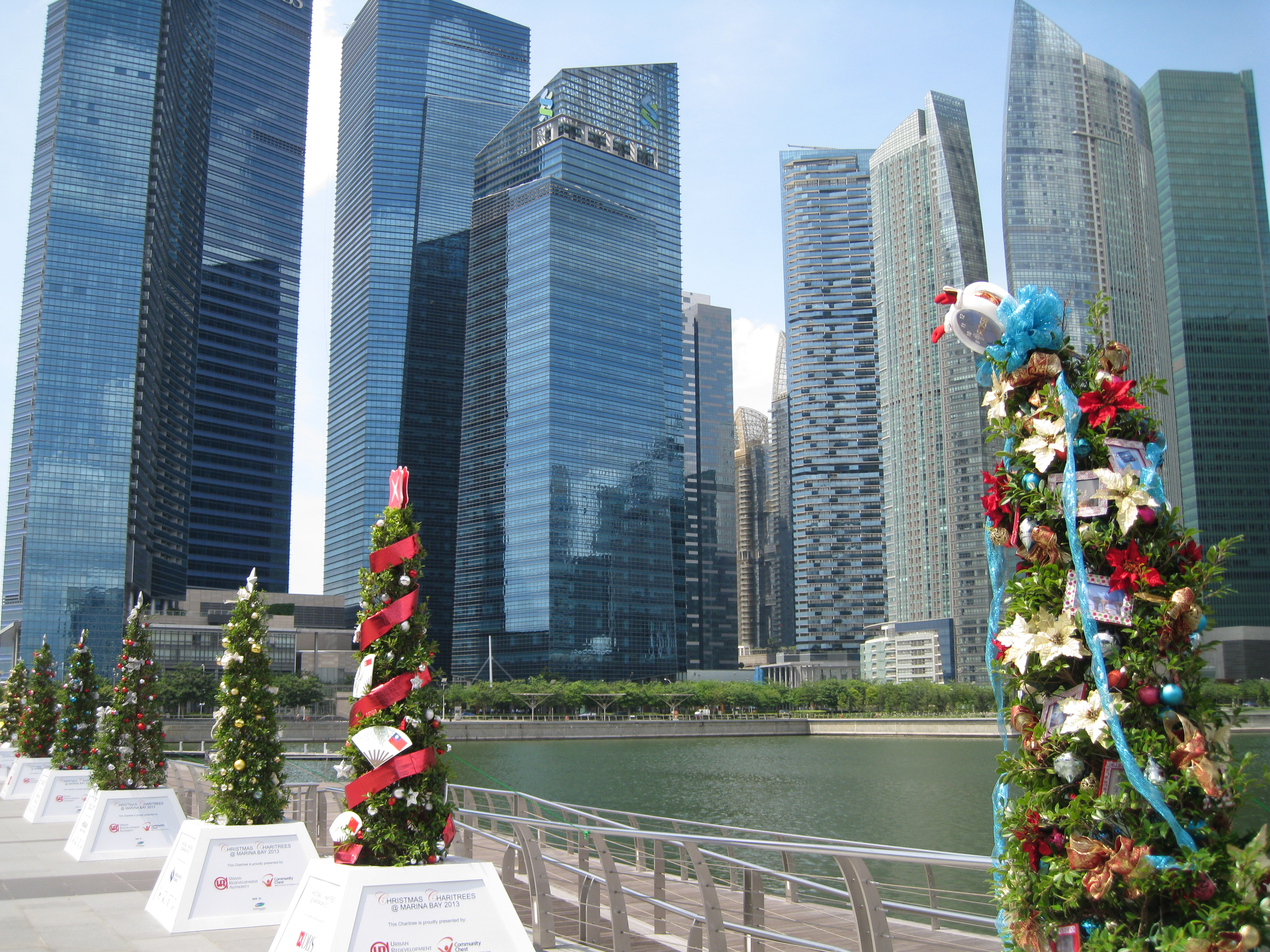 Marina Bay is in the middle of Singapore and is surrounded by modern skyscrapers including the Marina Bay Sands hotel. You can walk around this expansive waterfront taking in the sights and visiting some of the attractions. This is also home to the Grand Prix circuit. If you get too hot, there are little sprinklers dotted around which spray you with cooling mist.

The Marina Bay Sands hotel consists of three huge towers with a ‘boat’ laying across the top. The boat has the worlds highest infinity pool as well as an observation deck. 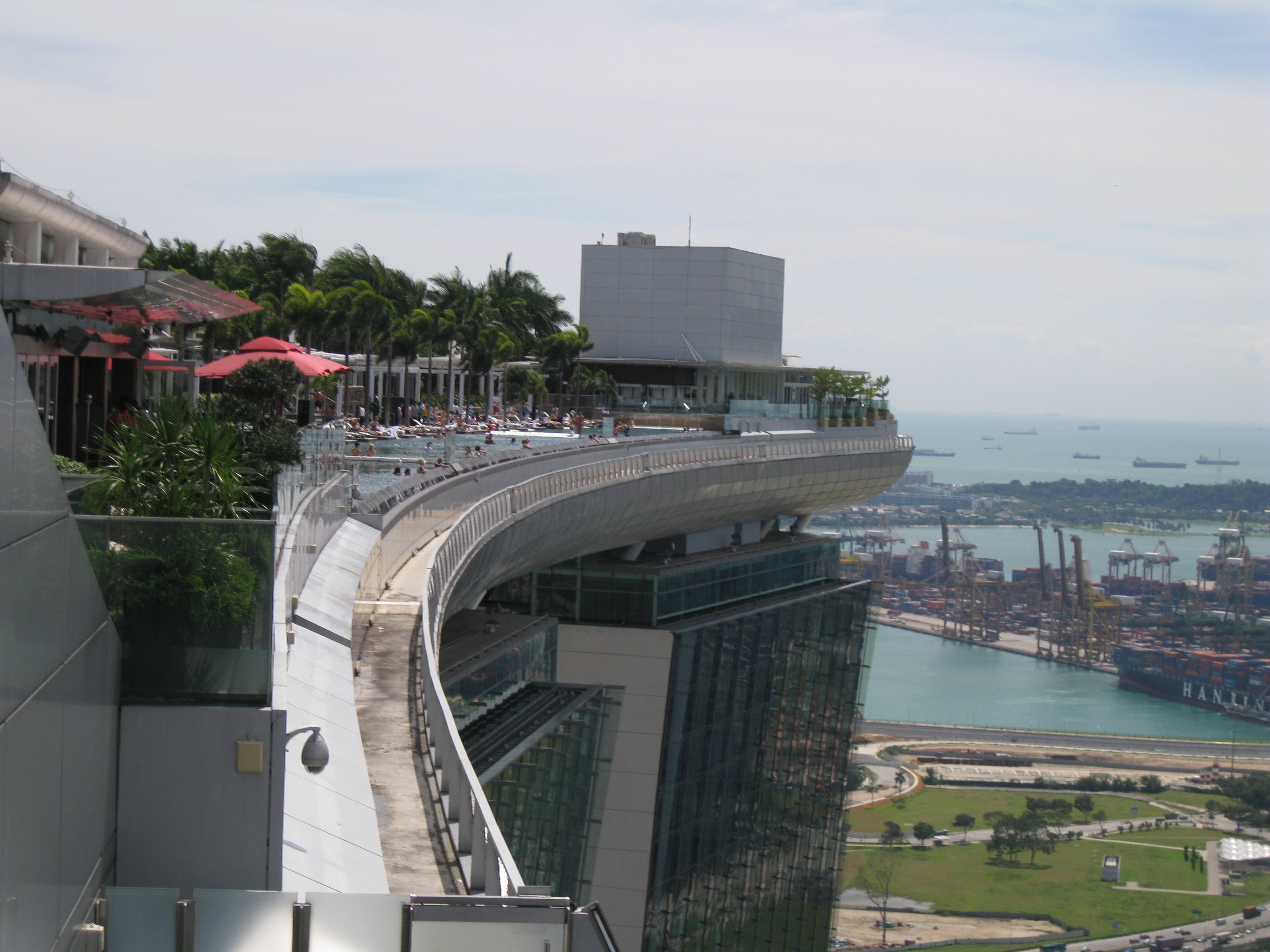 You can buy tickets to the observation deck which offers fantastic views across Marina Bay and the Singapore skyline. You can only have a dip in the pool if you are a resident guest of the hotel, however. 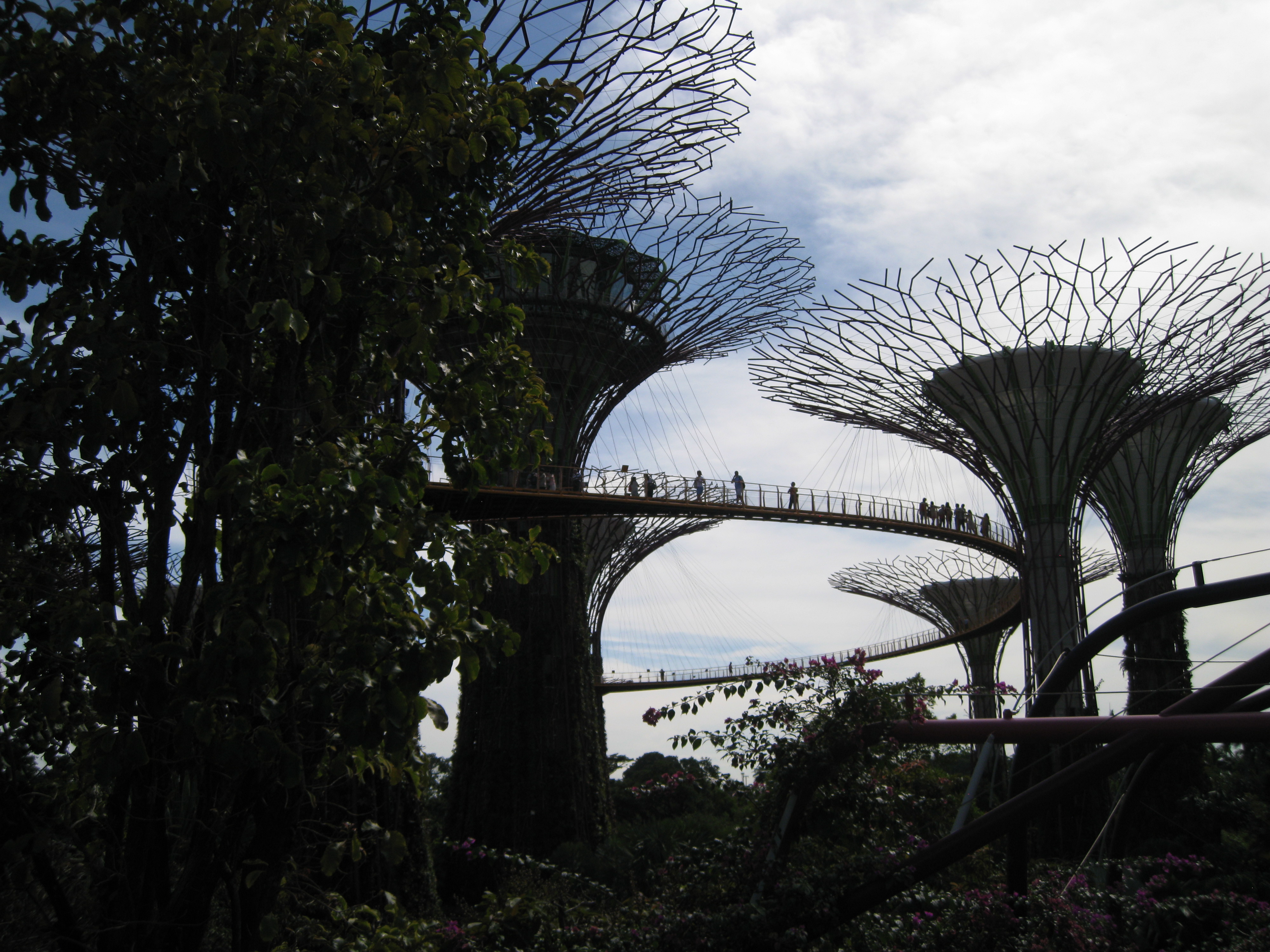 Behind the Marina Bay Sands, Gardens by the Bay is one of the biggest attractions in Singapore. The Gardens opened in June 2012 so were fairly new when we visited in 2013. It is worth checking out their official website where details can be found of the huge amount there is see; including the Super Tree Grove (as above), the Flower Dome and the Cloud Forest.

The Singapore Art Science Museum (above) is also located next to the Marina Bay Sands Hotel and hosts some interesting exhibitions throughout the year. We visited an art exhibition ‘Essential Eames’ where we were inspired by a collection of work by Charles and Ray Eames.

We also went to the Little Black Jacket exhibition of photos by Karl Lagerfeld (above).

Opened in 2008, the Singapore Flyer is a large Ferris Wheel offering panoramic views of the city.

Chris and I had a ride at night on the Singapore Flyer and above is a view of Marina Bay.

Singapore China Town is the original settlement area of the Chinese and with its many temples, market stalls and Chinese food and it offers a wonderful glimpse into the Chinese culture.

With its waterside location and many good restaurants Clark Quay (above) is an excellent place for an evening meal. 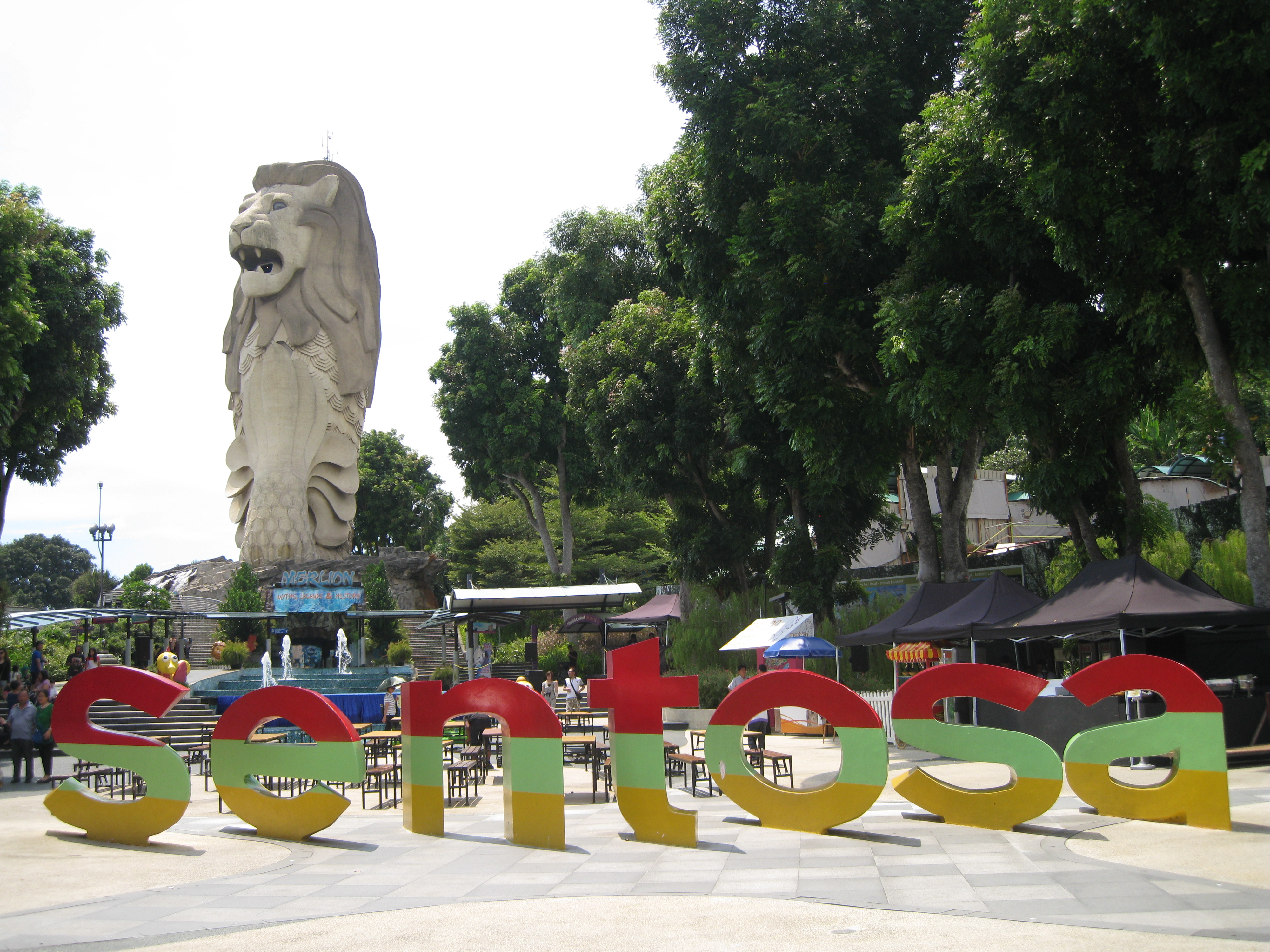 Sentosa is an island at the south of Singapore and is reached by road, monorail or cable car. Sentosa was previously a British military base but is now home to a number of attractions including Universal Studios, Madam Tussauds and an aquarium.

We stayed in the Orchard Hotel conveniently located on Orchard Road, Singapore’s busiest shopping street and near to designer shops such as Cartier and Giorgio Armani. The hotel is a 10 minute walk from the Orchard Road metro station.

The elegant Raffles Hotel is one of the most famous and iconic hotels in Singapore. It was named after Sir Thomas Stamford Raffles, the British statesman who founded Singapore. The Singapore Sling cocktail was invented in Raffles by a bartender called Ngiam Tong Boon in 1915.

Unfortunately we didn’t get to see Raffles Hotel while we were in Singapore so this is something we’ll do if we visit again.

Many international airlines have stopovers in Singapore’s Changi Airport and with such a range of things to do, Singapore is a fabulous place to extend your layover for a few days!