Later in the afternoon the Norwegian Jewel sailed from Juneau to the Glacier Bay National Park and Preserve. Glacier Bay became a national park in 1980 and a UNESCO world heritage site in 1992. Only two cruise ships each day are allowed to sail through the bay and only in the summer.

Until the early 1700s the 65 mile fjord we sailed through was previously a solid single glacier of ice. The ice has continually retreated exposing 20 smaller glaciers.

The ship took several hours to sail to the end of the bay before turning round and sailing back again. The scenery was amazing and similar to that of the Avenue of Glaciers I saw when I sailed through the Beagle Channel at the tip of South America. As with the Avenue of Glaciers I was fortunate to experience excellent weather and on this occasion it was incredible to sail through many small icebergs!

Below is a selection of the photographs I took from the ship: 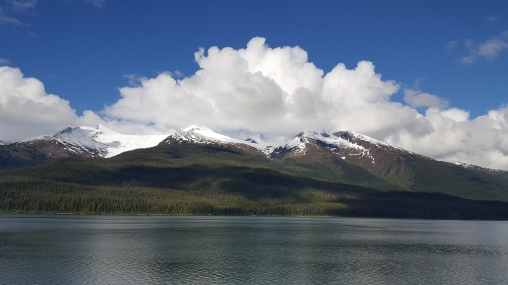 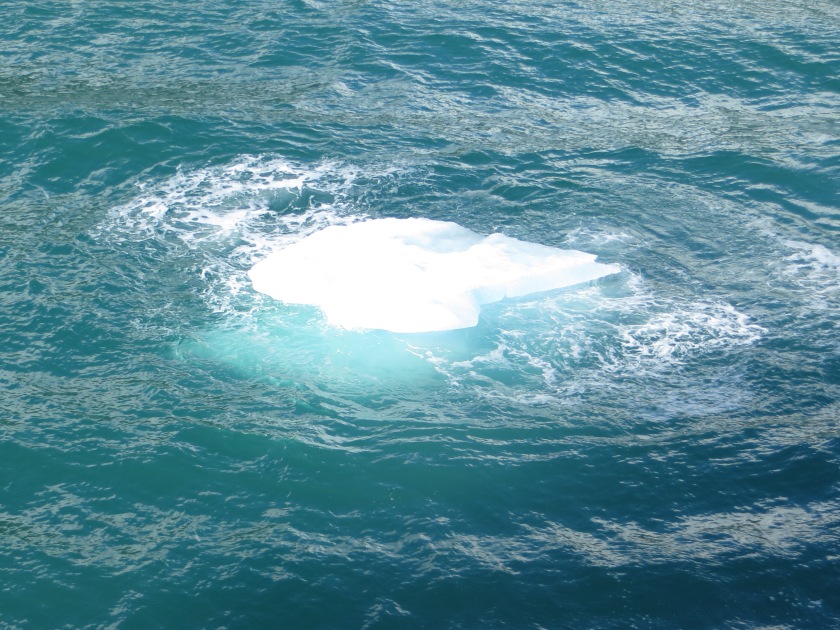 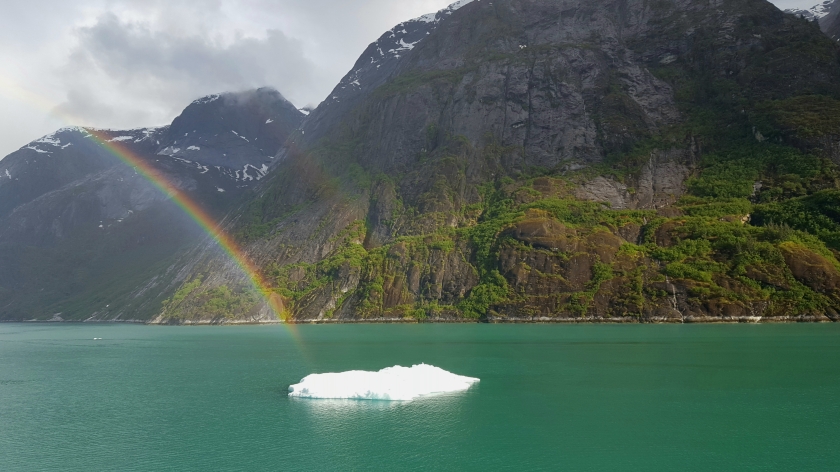