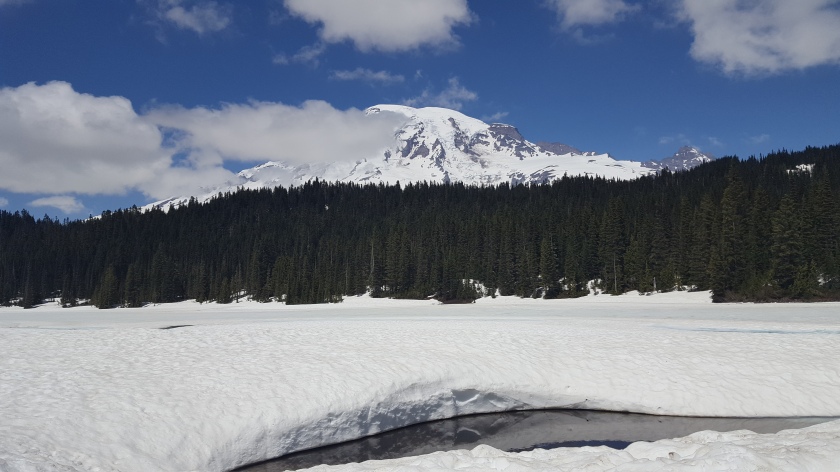 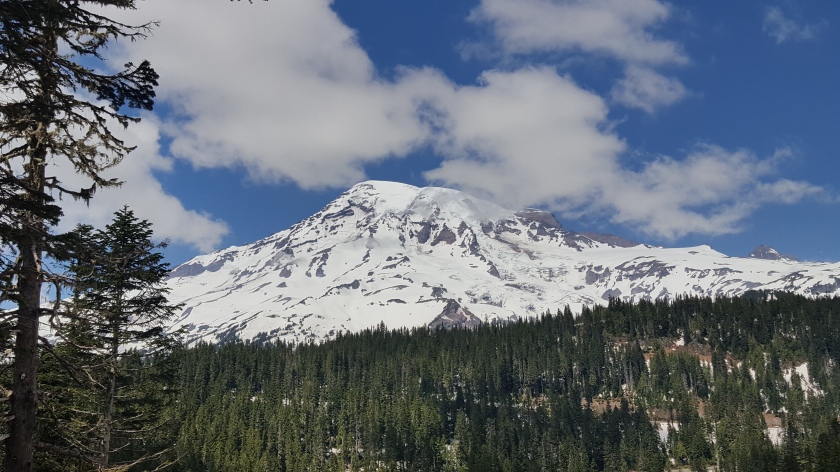 With 3 days in Seattle and having never visited this part of the USA before I wanted to explore a little further afield and took the opportunity of a day trip to Mount Rainier National Park. I had pre-booked this trip with Viator.com and was collected from my hotel at 7.30 am where I boarded the mini bus. 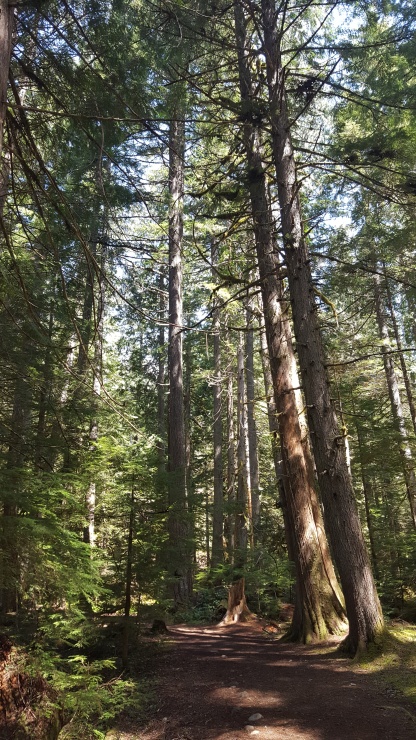 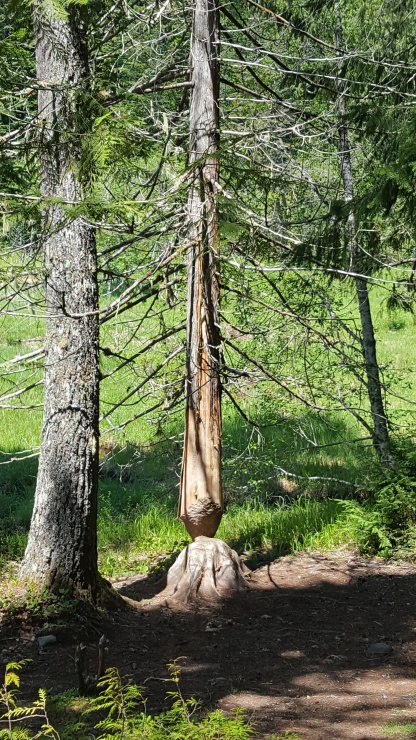 The drive from Seattle to the entrance to Mount Rainier national park took a couple of hours although this included a stop at a large supermarket to enable us to buy some provisions for the day. There are one or two cafes but the driver didn’t seem very impressed with them!

The national park is stunning with all shades of green, dramatic mountains, sweeping valleys and fast flowing streams. The driver made many stops throughout the day so we could do a couple of short hikes through the forests, take photos and have lunch.

The weather is unpredictable in the park and often people don’t get to see Mount Rainier at all as it is covered in cloud. We were lucky to get several good views throughout the day. 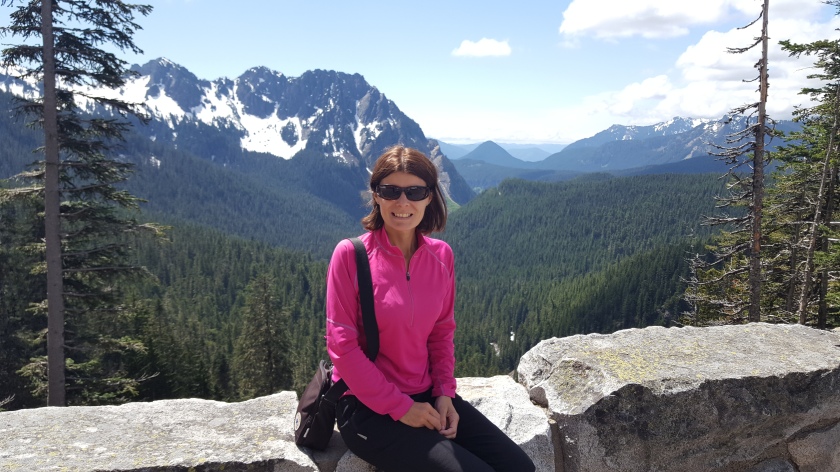 Above is Mirror Lake although as it was covered in a layer of snow you don’t quite get the mirror effect… However if you visit on a clear and still day later in the summer you might be fortunate enough to glimpse Mirror Lake in all its full reflection glory which can be seen on mrussellphotography’s blog page. I mention a ‘still’ day as the slightest ruffle of wind will cause too many ripples and apparently it is rare to get a decent mirror image.

One of the highlights of the day was snow-shoeing! The mini bus was kitted out with snow shoes and walking poles so we were each given a set and led to the snow! 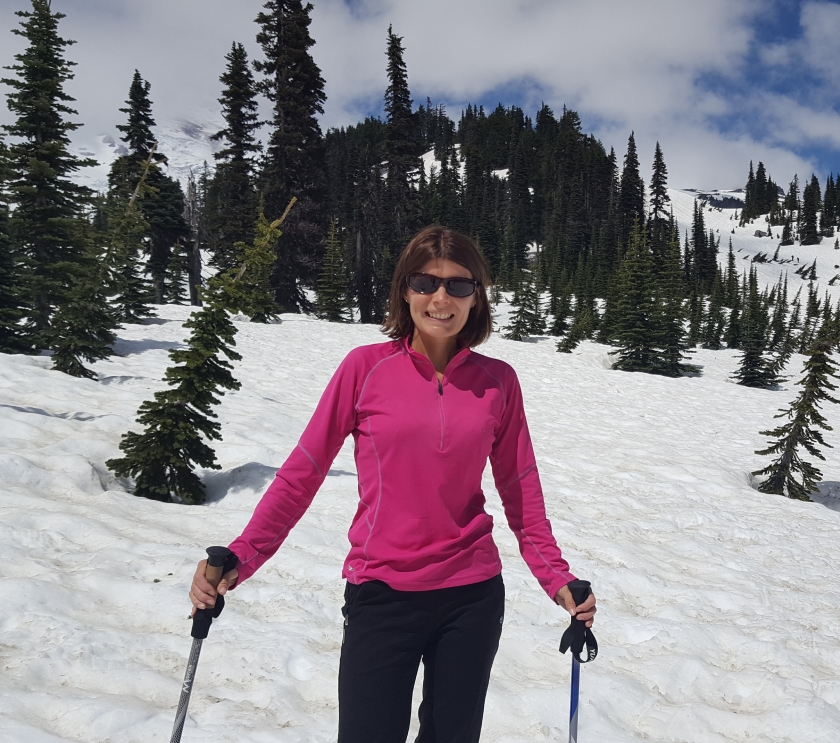 The snowy hill was fairly steep and the snow fairly soft and slushy but together with a couple of women I met from Hertfordshire, we had great fun on a snow shoe hike! 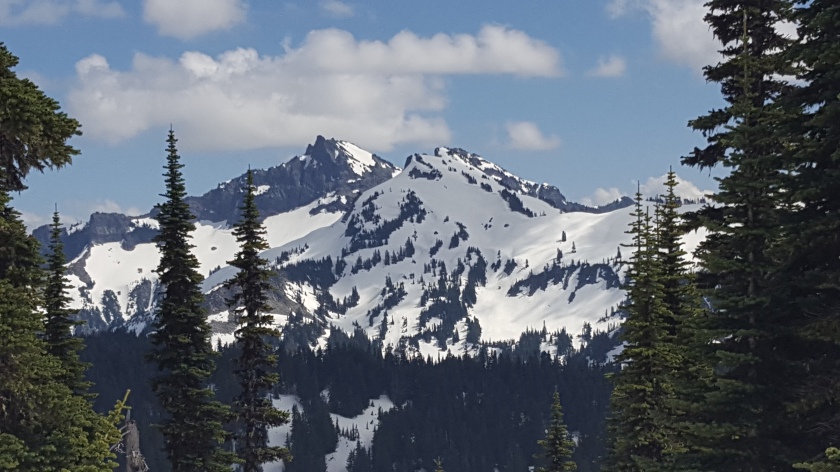 The snow-shoeing was our last activity of the day and there was one or two more photo stops before the driver drove us back to Seattle… he stopped at a McDonalds on the way back and it was gone 7 pm before I finally arrived at my hotel. So a full-on and active day!

I enjoyed my little taster of the national park however it would be great to re-visit at some point in the future and do some longer hikes on some of the many hiking trails. One day wasn’t enough!