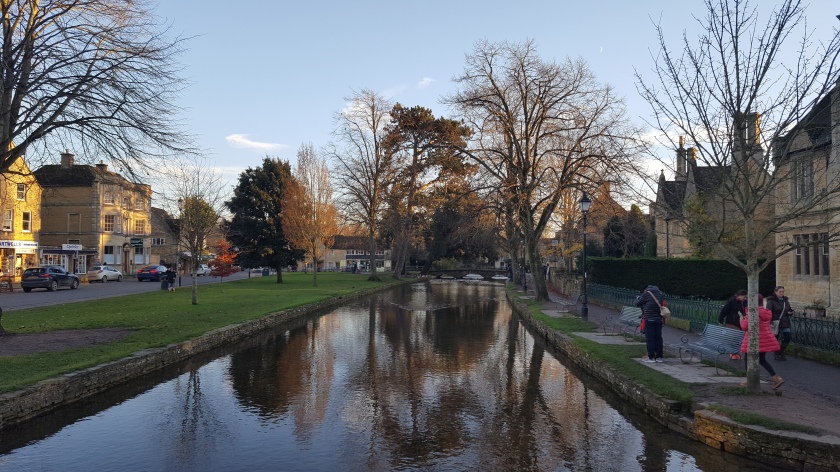 Stretching across six counties the Cotswolds is the largest area of England and Wales classed as ‘An Outstanding Area of Natural Beauty’. Chris and I had a brilliant Spring weekend in April 2015 which where we did two lengthy day long hikes.

This time, together with our friends Mark, Yvey and Matt we had a contrasting wonderful and relaxing Autumn weekend! We were incredibly lucky to have clear blue skies for the entire Friday to Sunday weekend which, with temperatures a little over freezing it was cold but one might say invigorating! 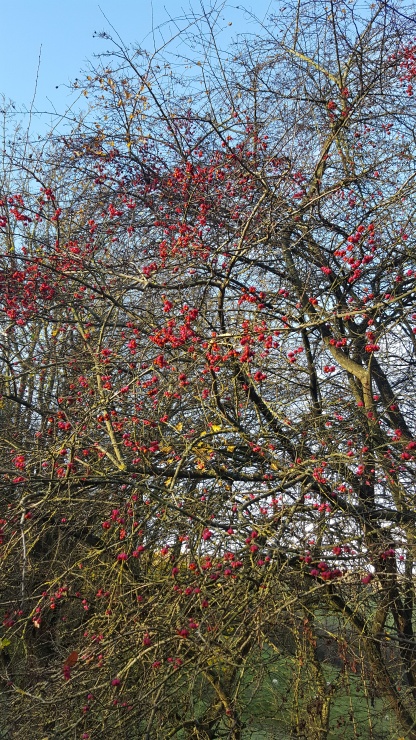 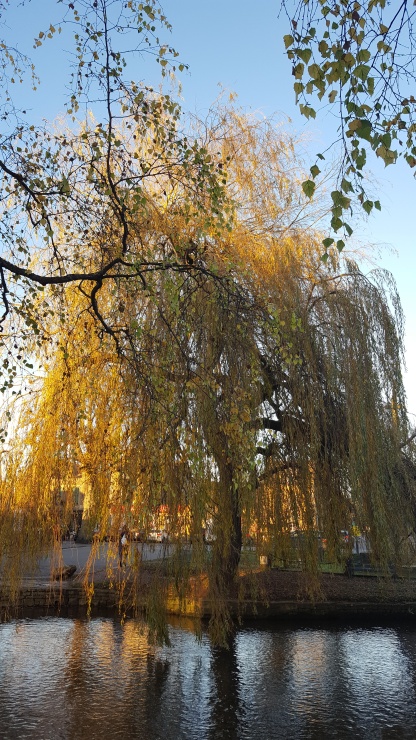 When I say relaxing I mean we spent much of the weekend exploring many of the cozy traditional Cotswolds pubs dotted around. We met up on the Friday lunchtime at the honey coloured B & B we had pre-booked in Bourton-on-the-Water and made our way to the first pub. As well as the pubs there are plenty of delicious little bakeries and tea rooms, ideal for a hot pasty in-between the pub stops!

Bourton is a small and easily walkable picturesque village with the River Windrush trickling through its centre. Little stone bridges criss cross over the river and there are a number of tourist attractions including the Cotswold Motoring Museum and the Birdland Park and Gardens.

During our November weekend it was as busy with tourists as probably any summer day which made it essential to book our accommodation in advance. (Upon arrival we were also advised to book our Friday night meal too as restaurants soon become fully booked.)

Our middle day, Saturday was a bit more energetic as we embarked on a walk which began in the picturesque village of Stanton. In fact, Stanton is often considered “the most picturesque and idyllic village of the the whole of the Cotswolds”. This was apparent as we drove through the quaint historic 300 year old streets.

There is a free carpark near the local community centre where other hikers had also parked. We set off through the village and into the countryside in the direction of Snowshill, another Cotswold village.

With its open fireplace the Snowshill Arms was a welcome stopping point for some mid walk refreshments. Our original plan was for a circular walk to take in another village which would have entailed about 8 miles. However as we had set off later than planned we decided to walk back to Stanton before it got dark!

Following a coffee in the The Mount Inn, Stanton we drove to Stow-on-the-Wold, a well known Cotswold market town. It was almost dark when we arrived at around 4 pm so we had a wander through the bustling streets and looked in some of the rustic little shops selling local produce. Of course, we had to warm up with a scrumptious mulled wine in a large pub on the Market Square.

After a delicious and leisurely breakfast we set off on the Sunday morning in the direction of home, stopping off in the mediaeval town of Burford. Burford is another famous and picturesque Cotswold village with a huge and imposing church (above).

Interspersed with a cozy cafe and a cozy pub we spent a laid-back two or three hours browsing the galleries and artisan shops selling such delicacies as local cheeses, beers and warm woollen jumpers.