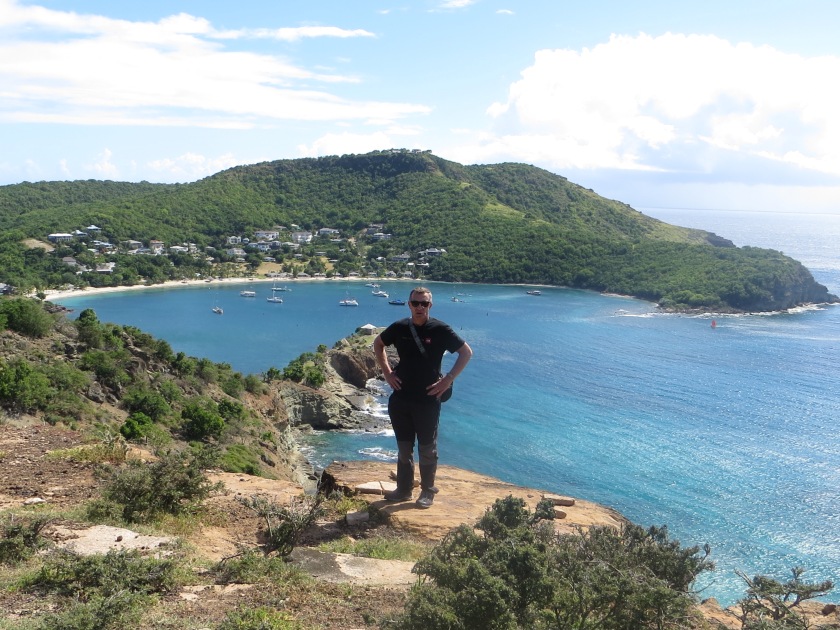 Antigua has many marked hiking trails details of which can be found on the Antigua Outdoors website.

Many trails are maintained by a group called ‘The Royal Naval TOT Club of Antigua and Barbuda‘. This club was formed in 1991 by a small group of people who wanted to carry on the tradition of meeting at 6 pm for a daily tot of rum. The club has grown to about 500 members over the years but there is a strict joining routine. And presumably they don’t all meet every single day…

This group welcomes yachtsmen and women when they visit Antigua and even hosted Prince William when he was a serving officer. They organise many charitable activities, one of which is to keep Antigua’s walking trails clear and properly marked.

The Middle Ground trail as we completed had a distance of only one mile although with the walk to the start of the trail and the walk after meant a total of about 2 miles. This wasn’t far but in 30 degree heat, a hill to climb, a beach stop and a bar stop it took up the best part of a whole morning for us.

We began the walk from our room in the Admirals Inn which was just inside the historic Nelsons Dockyard. This took us through the middle of the Dockyard, past the museum and past the Copper and Lumber Store, the other historic hotel.  As mentioned on their website, “this was built in 1789 to store the lumber and sheets of copper required for repairing and maintaining the wooden sailing ships of the time”.

We followed a coastal path round to a small peninsular where Fort Berkeley is located and where the official start of the Middle Ground Trail began. From here we had lovely views across to Galleon Beach (above).

Fort Berkeley was built between 1704 and 1745 serving to defend English Harbour with its 29 cannons. 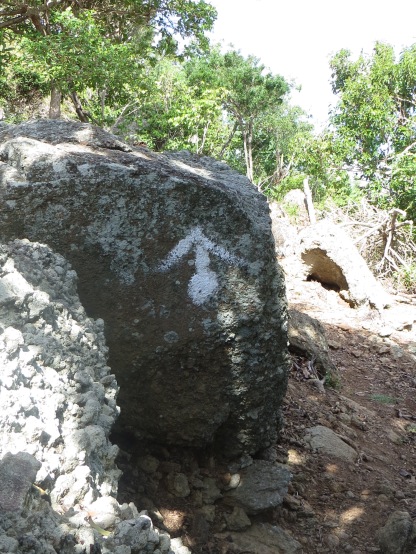 From Fort Berkeley we began the Middle Ground Trail. The path is easy to follow being well maintained and marked with white arrows by the TOT club.

The path became quite steep near the top with a bit of scrambling up the rocks in places. For this reason, trainers or walking shoes are recommended rather than flip flops!

As we climbed we saw great aerial views of Nelsons Dockyard and English Harbour.

And large cacti dotted around…

The Middle Ground trail is also known as the ‘Goat trail’… 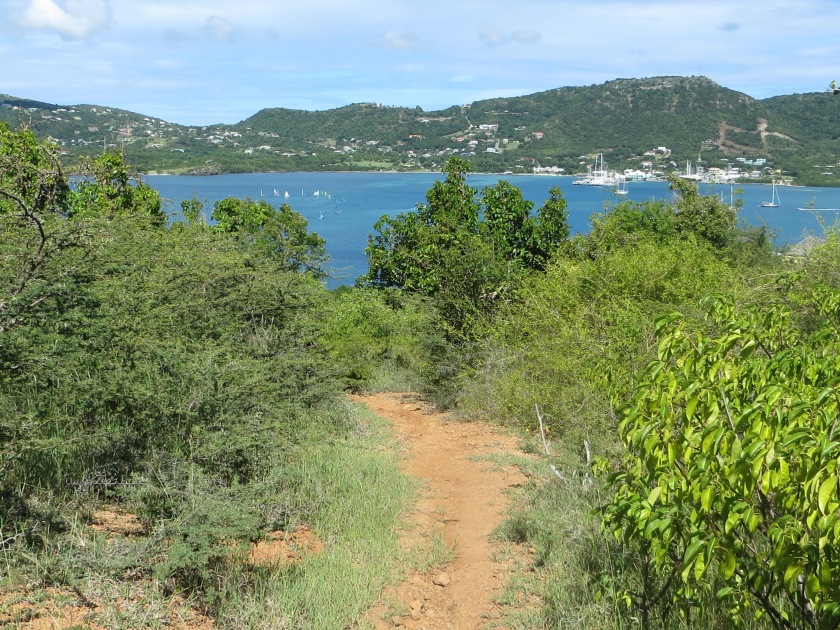 We went prepared with our beach wear underneath for a revitalising and welcome dip in the sea at Pigeon Point beach. 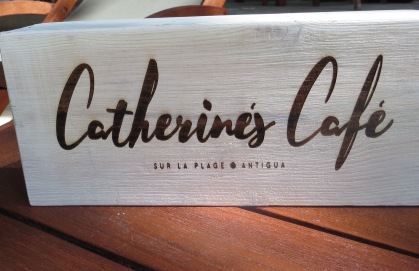 The beach at Pigeon Point was the end of the official 1 mile trail from Fort Berkeley. From there we continued along the road for 20 minutes past the Antigua Yacht Club Marina and back round towards Nelsons Dockyard where we reached the much appreciated air conditioning of our room at the Admirals Inn…