Montevideo is the capital and largest city of Uruguay. Worldometers states that the population of Uruguay is just under 3.5 million with around one third living in the capital.

According to information provided by the Norwegian Sun, for the last decade, Montevideo has had the highest quality of life of any city in Latin America! We were looking forward to visiting this “vibrant, eclectic place with a rich cultural life”!

The higher standards were immediately apparent as we disembarked from the ship. The walkway was organised with coloured path to follow. The signs were clear and there was a tourist information office next to the port entrance.

A hop-on hop-off bus was available for $21 each but we decided to walk around the city rather than take the bus.

We noticed the cars were decent and fairly new and as we walked towards the old part of town there were modern coffee shops and smartly dressed locals.

So… we began with a coffee at Urbani located in the Plaza Zabala in the old city. We had no Uruguayan currency (pesos) but fortunately we were able to pay using the Revolut card, our travel cash card.

Plaza Matrix (above) is lined with outdoor cafes and small artisan market stalls. 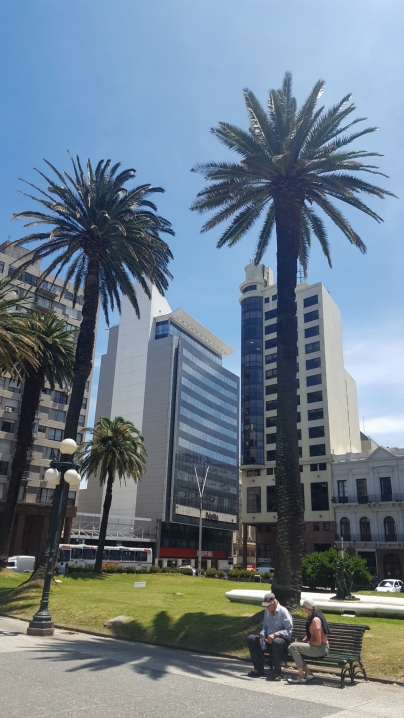 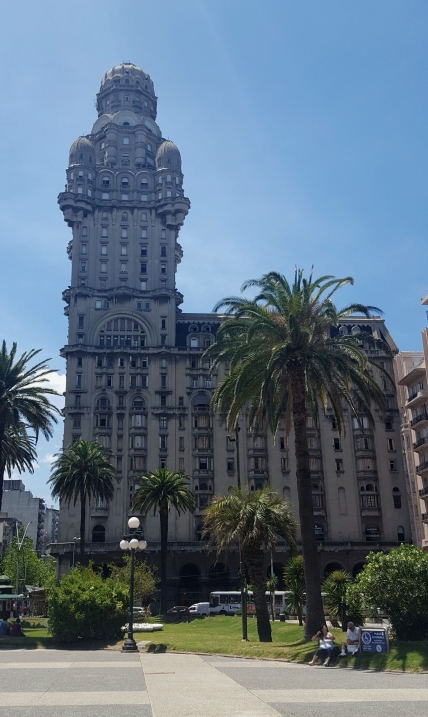 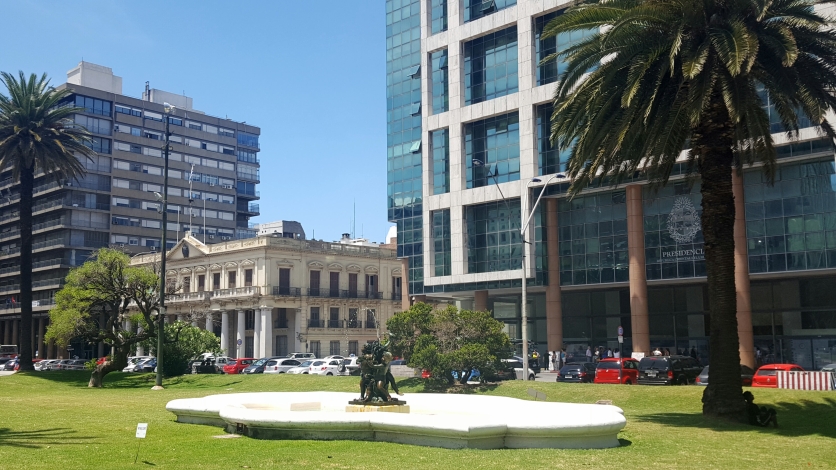 Above are images of the Plaza Independencia, the large square which is surrounded by modern buildings. This is considered Montevideo’s most significant square as it contains many of the cities important buildings.

We continued walking through the modern centre of Montevideo and came to another square which had a number of cafes and the fountain above. By now it was lunchtime and many tourists and locals were relaxing in the park enjoying the sun.

We visited the National Museum of Uruguay which was free to enter. As we only had one (short) day in Montevideo and indeed in Uruguay we found it interesting to learn more about the country and its history from the museum.

The museum contains a large collection including many paintings, documents, weapons, pistols and historical artefacts. The explanations are in Spanish and even though our knowledge of Spanish is still limited to the odd word or phrase we’ve picked up during our four months in the Spanish speaking countries of Central and South America (which is pretty well most of them) we found the exhibits fascinating.

Boleadoras were used as a weapon for hunting by the indigenous Indians of Patagonia and were later adopted and used by the gauchos. Gauchos (or cowboys) feature strongly in both Uruguayan and Argentinian culture. Boleadoras consist of hard solid balls and were originally joined together by leather straps. (During one of our cruise evenings we saw an Argentinian show which featured a gaucho demonstration using boledoras).

There was a large collection of historical pistols.

The book above documents the first Constitution of Uruguay which was established on 18th July 1830. This was when the governance and juridical systems of Uruguay were set up with influence from the French and American revolutions.

Following our fairly short walking tour of the old and new towns of Montevideo we headed back towards the ship.

With its pleasant squares and outside cafe culture we enjoyed our short introduction to the modern and vibrant Montevideo. This has left us feeling there is more of Uruguay to see… we would like to explore this small country, referred to by Lonely Planet as a grape! Yes indeed… LP describes Uruguay as being “Wedged like a grape between Brazil’s gargantuan thumb and Argentina’s long forefinger”. The web page continues to discuss some of the activities available in the grape-like underdog Uruguay including wildlife watching and hot spring hopping!