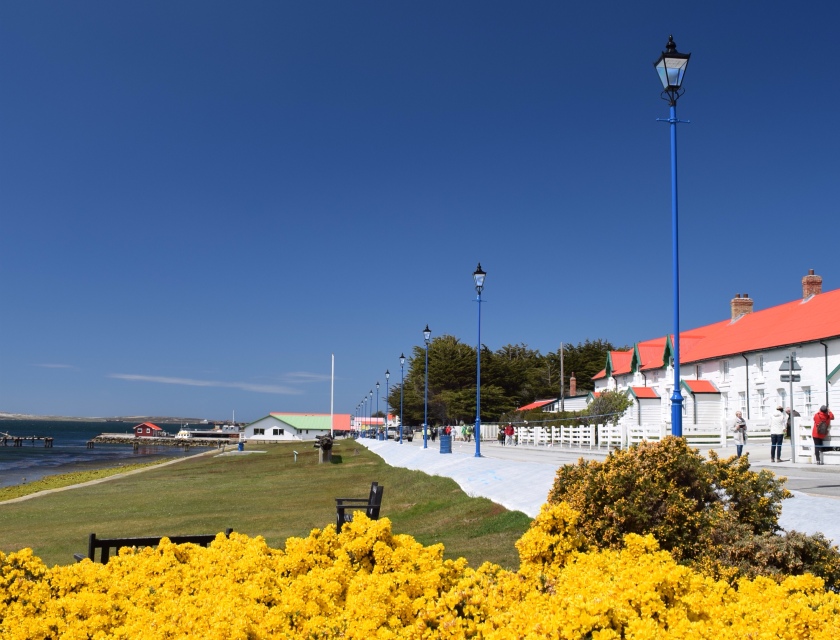 The Falkland Islands are an archipelago located approximately 300 miles from the coast of Argentina. There are two main islands, East Falkland and West Falkland and 776 smaller islands. Whilst the Falklands are a British overseas territory they have their own governance.

The Norwegian Sun docked at Port Stanley, the capital, a small town on East Falkland. The population of the Falklands was only 2,932 in 2012. Most Falkland islanders are of British descent following discovery of the previously uninhabited islands around the 17th century. There is some debate on when the islands were first inhabited and France, Spain, Britain and Argentina all laid claim to the Falklands throughout the 17th and 18th centuries. The dispute of sovereignty between Britain and Argentina has been going on for centuries and Wikipedia gives the full account of the interesting history of the islands.

As mentioned in the Norwegian Sun’s newsletter the Falklands are “teeming with wonders of wildlife and nature” in an “unpolluted environment with seamless horizons and vast open spaces”.

Due to high winds, choppy seas and a long tender journey, Port Stanley is the most difficult port for the Norwegian Sun to manage as part of its South American itinerary. As a result of these harsh weather conditions apparently around 25% of the time this port of call has to be missed.

The ship had arrived before its scheduled time of 09:00 but after two attempts to anchor down the captain had to re-locate the ship for a third attempt. Fortunately this third attempt was successful and the tendering operation process could begin.

In the meantime we could see some of the beautiful sandy coves and clear sapphire seas from the ship! The land looked bleak and desolate with no trees and little greenery.

As we may have mentioned previously, long queues form to obtain tender tickets to disembark from the ship and board one of the tender boats. Neither of us are keen on queuing so we mostly wait for an hour or so for the ‘open tender’. This usually happens after tender number four meaning you can wait for the mad rush to cease and wander down to take the next available tender boat.

Today however we found that tickets were being issued for many more tender boats than usual. By the time we had cottoned on to this, we ended up with tender boat number 12… Together with this and the delay in starting the disembarkation process we didn’t actually set foot in Port Stanley until gone 13:00!

Unfortunately we only had around two hours to walk around the town. This was enough to give us a feel of the place and answer some of our pre-Stanley questions. We had been wondering just how British the Falkland Islands would feel.

The streets were fairly quiet and we noticed that most of the vehicles were 4-wheel drive. There were red telephone boxes and the houses were bright colours with metal roofs. Driving was on the left and it was good to see familiar road signs in English. Indeed, the Falklands are the first English speaking country we’ve visited in nearly four months, since Belize in August!

A memorial from the Falklands war of 1982 can be found on the seafront at Stanley. While we were interested to find out about the heritage of the islands we acknowledged and remembered the tragic loss of life on both sides.

Wikitravel suggests that most Falkland Islanders  (99.8% in a 2013 referendum) favour remaining a British territory which was clearly apparent to us. As we walked around the streets of Stanley we noticed a good deal of British and Falklands (which contains the Union Jack) flags flying proudly, together with notices and slogans in the windows of peoples’ homes. 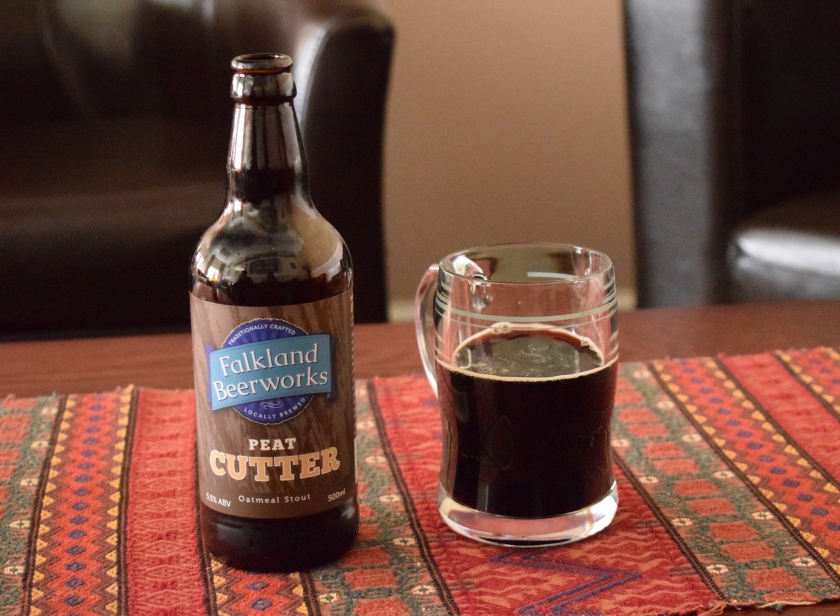 We visited the Bittersweet pub where it was great to use a £20 note to purchase our drinks! Surprisingly our two drinks cost around £7… we thought they may have been more expensive as we are assuming the majority of produce must be imported. Well… maybe that applies to Laura’s Kopperberg rather than Chris’s Falkland brew! And we could also read the menu without using Google Translate… 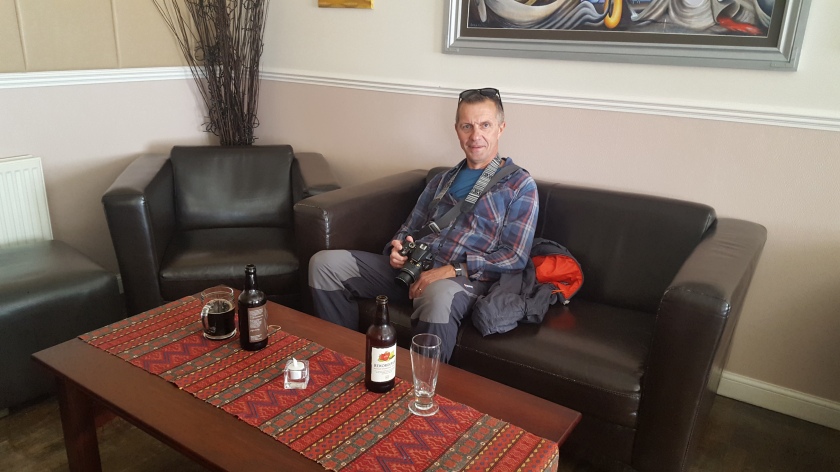 Interestingly too, well… to us… local Falkland Islanders speak with a British accent. Actually they sounded very similar to us, i.e. a southern/London accent.

The weather was cool, changeable… sunny, then cloudy… and we encountered a small rain shower as we were queuing to get back onto the tender boat for the ship…

There are several colonies of penguins on the Falklands but unfortunately we didn’t have time to visit any. Although given the difficulty faced by the ship in being able to dock there we were grateful we were able to visit Stanley at all.

The focus of our visit was to experience Port Stanley and get a feel for these remote islands. While there was a strong British influence and we witnessed a few home comforts and some familiarity, Stanley did seem to have its own unique heritage and characteristics too. Similar to perhaps the Channel Island of Jersey or the Isles of Scilly both of which, while British have their own distinct culture.