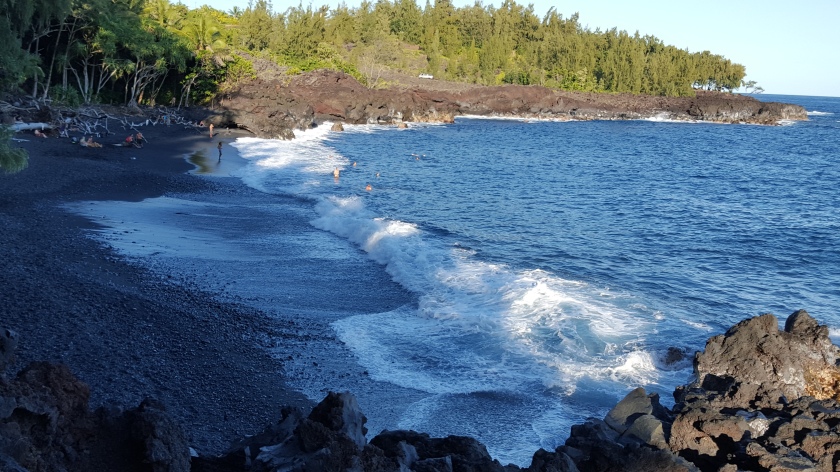 The largest Hawaiian island is called ‘Hawaii’ and is often known as ‘Big Island’ to avoid confusion with the state name. The capital of Hawaii state is Honolulu which is located on the island of Oahu. In contrast with Maui and its lush green valleys, Hawaii island is home to two large volcanos and whilst there are some rainforests and valleys much of its landscape is barren and black including some of the beaches.

Staying in the rainforest retreat and visiting the Volcano National Park were the highlights of our trip to Hawaii Big Island. 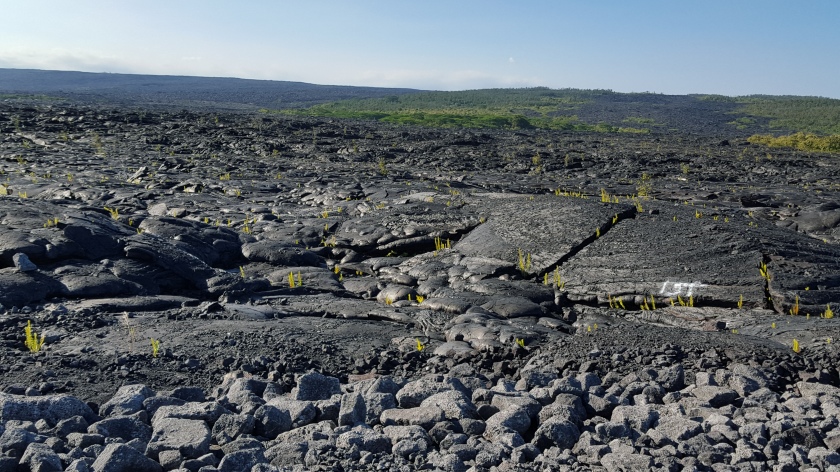 We hired a car for the 5 days we were on Big Island which was necessary for staying in the remote rainforest retreat. The retreat was situated on the south east part of the island, to the south of Hilo. This area has had several lava flows in the past which have destroyed houses and villages.  Over 100 houses have been destroyed in the Kalpana area within the last 10-15 years or so.

We drove along Highway 137 which ends abruptly and changes to a makeshift road which cuts through old lava flows. Here you are surrounded by a black mass of hardened volcanic activity, with new trees and shrubs seemingly sprouting from the rock. As we continued our journey we came across a lonely wooden chalet with a small stand full of lava photos and exhibits. The owner (a self confessed lava addict) directed us to park up. It was fascinating to hear him explain about the day back in 2010 when he watched his house burn down by the lava flow. He then went about constructing another, which was practically in the same spot!

He realised when he brought his original house that there was a high risk of fresh eruptions but really didn’t seem too bothered that he had lost his house and could potentially lose his current one!

He now lives (in his own words) a simple life informing people about the Islands volcanic history, taking amazing photos and videos of lava and selling these on DVD. 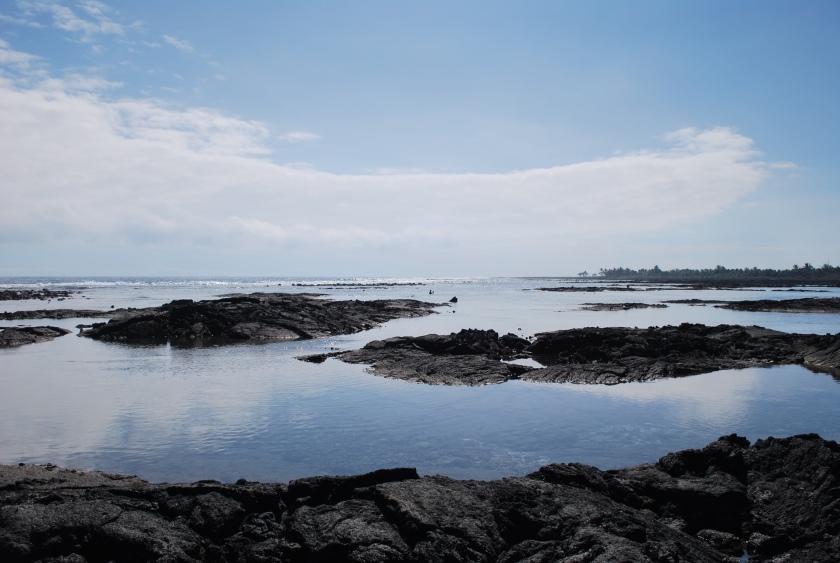 We also visited the tide pools at Kapoho (above). People often come here to snorkel but we just visited briefly and as many of the pools are so shallow we could see a large number of colourful fish just by looking in the pools and without snorkelling.