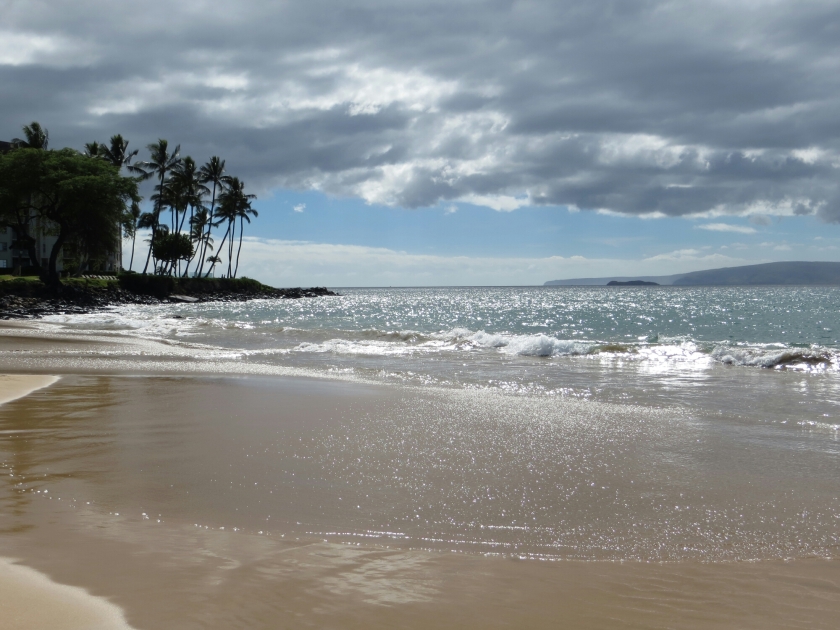 In addition to whale watching, driving to Hana and trekking in the Iao Valley we also visited Lahaina, Maui’s south coast and the Maui Tropical Plantation.

Maui is the second largest Hawaiian island and is also known as the ‘Valley Isle’ due to the wide flat central valley which runs between two large volcanoes, one to the east and one to the west. Maui’s last volcanic eruption was in 1790. 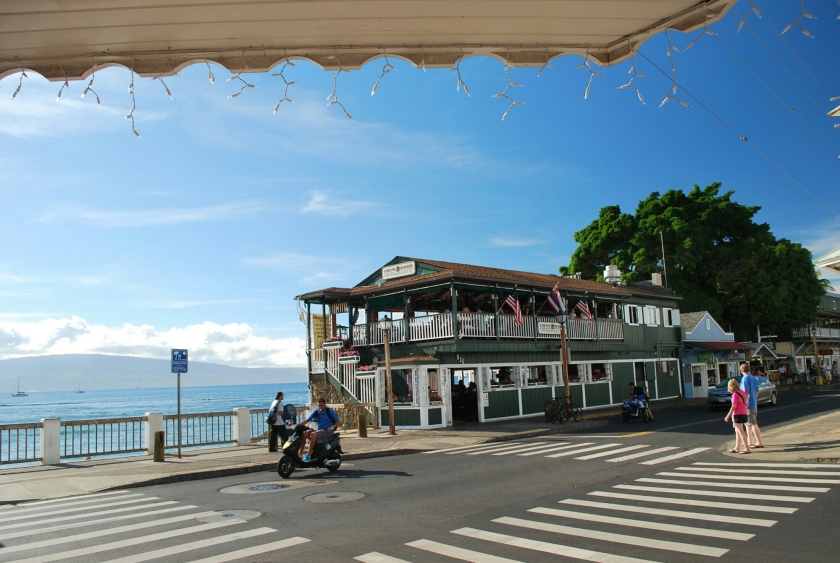 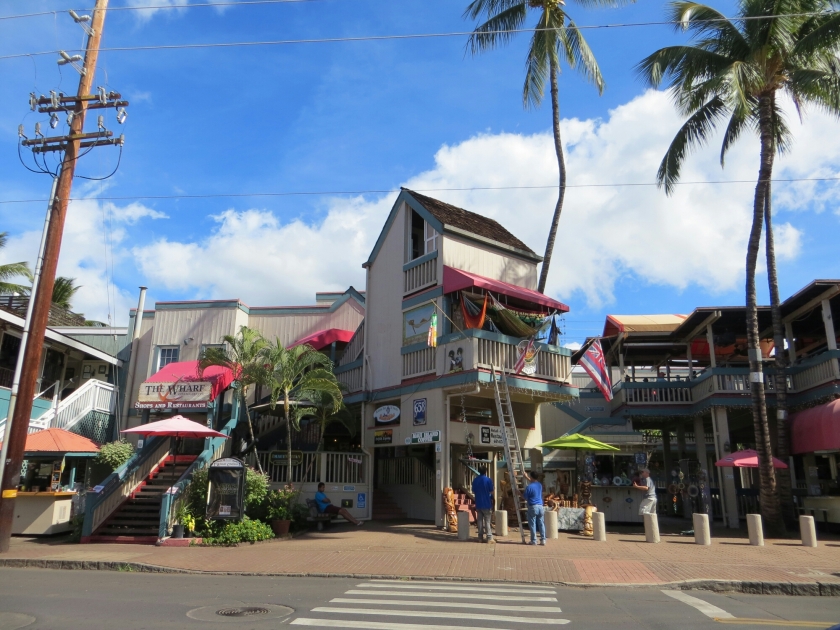 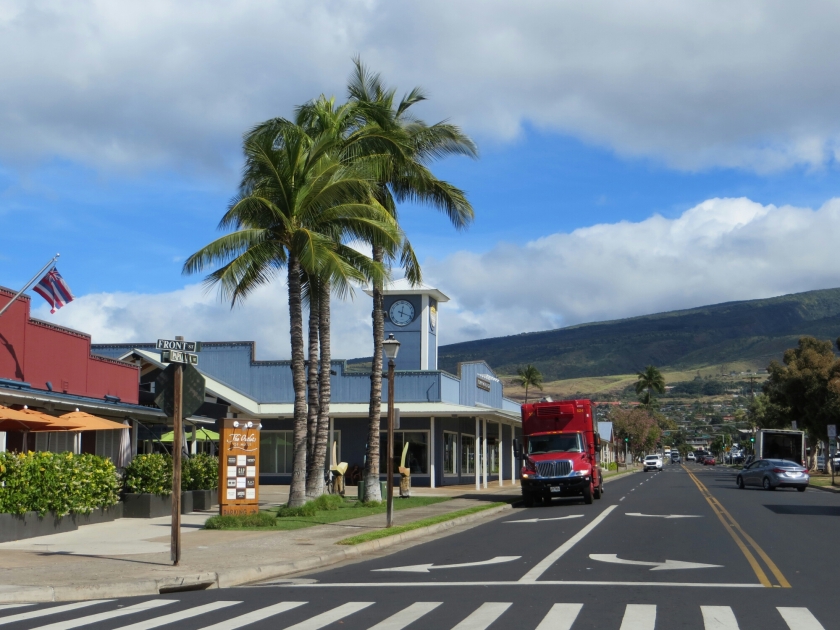 We had a lovely day visiting Lahaina (above), a laid back traditional Hawaiian town with many art galleries, craft shops, seafront cafes and restaurants and a stunning mountain backdrop.

Many of the art galleries featured work from local artists and we spent some time chatting to Pamela Suckham whose stunning paintings were on display in Sargent’s Fine Art.

In the centre of Lahaina we saw the towns’ iconic 142 yr old Banyan tree said to be the largest in the USA. We then walked along Front Street towards the beaches. 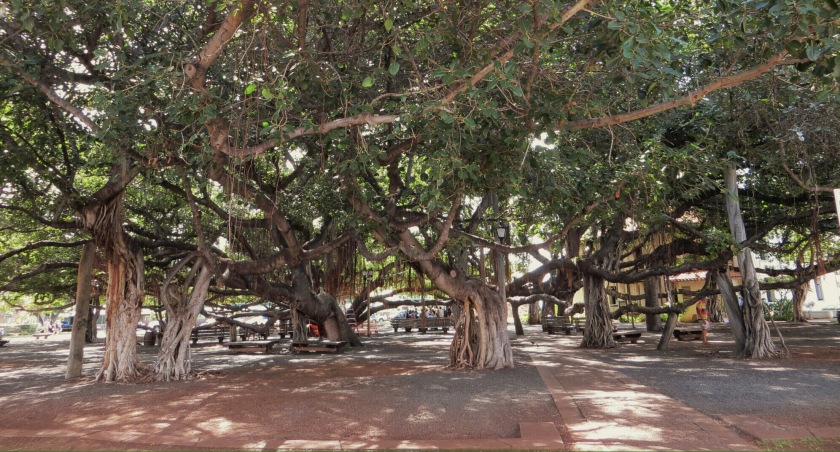 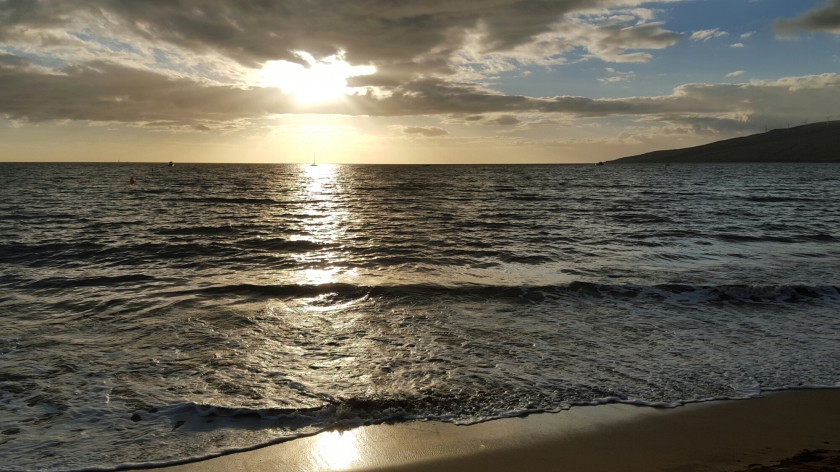 The south coast of Maui towards Wailea has long stretches of sandy beaches and as a result contains a string of hotels, shops and restaurants. Using our day bus passes we explored partly by bus and also by walking along the coast for a couple of miles finishing with a gorgeous sunset at Kihei. 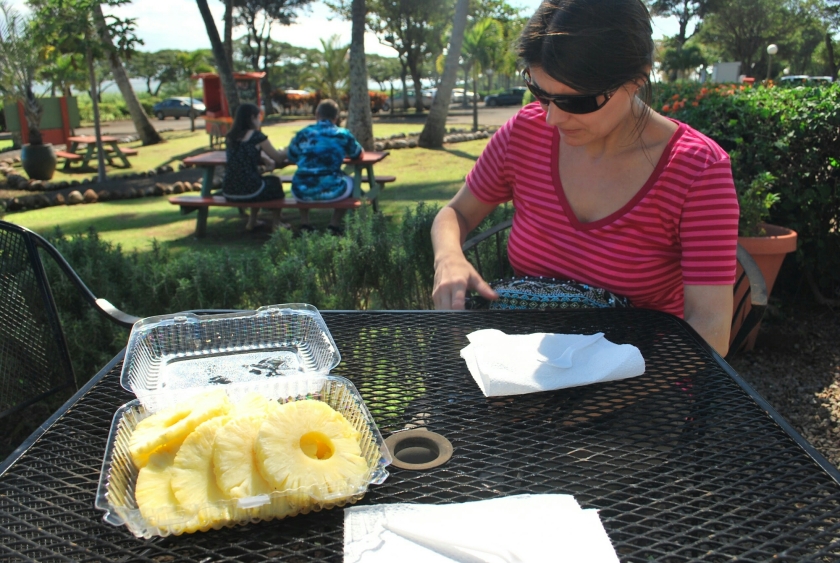 We spent an hour or so wandering around the plantation which had free admission. As well as tropical gardens the plantation had a large number of sugar cane features and historical equipment. We also enjoyed fresh pineapple from the on site organic farm shop.

We visited each of these locations by local bus which we found to be a good budget option for exploring the western side of Maui. A day bus pass is only $4 each (£2.75), every bus journey was on time and most didn’t have too many stops between places. For example the bus to Lahaina took 50 minutes and only stopped twice. They were never crowded and nobody ever had to stand.