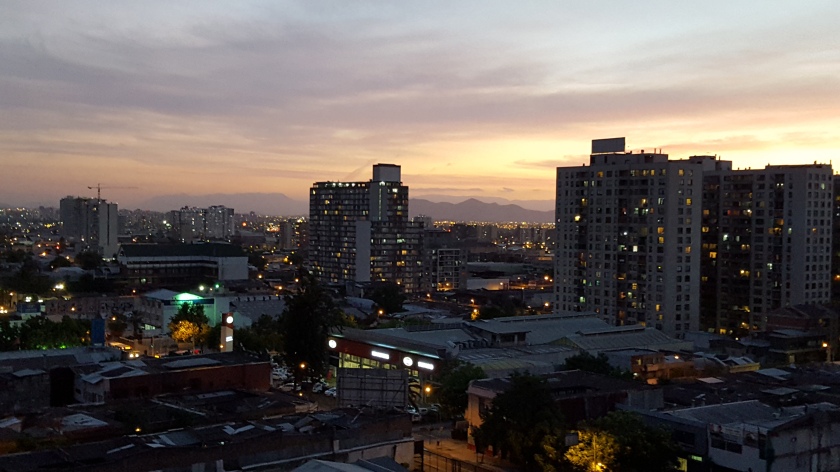 Santiago (or officially ‘Santiago de Chile’), capital and largest city of Chile is located in a valley close to the Andes and in the middle of this long, slender South American country!

The climate is similar to that of the Mediterranean with mild winters (June to August) and hot summers (December to February) where temperatures reach up to 35 degrees.

Like many South American cities, Santiago was officially ‘founded’ by Spanish Conquistadors in 1541 although again, indigenous people including Incas were actually already resident here…

We had two nights and one full day in Santiago and as our apartment was centrally located we spent a day on our own self designed ‘walking tour’ of the city centre. As we visited in November which is spring time we enjoyed a sunny and pleasant 27 degrees. 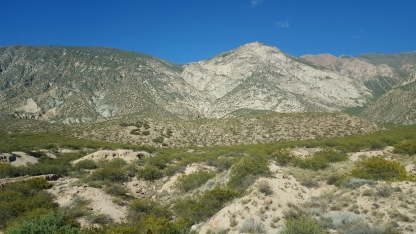 We travelled by Andesmar day bus from Mendoza, Argentina to Santiago. This was another spectacular journey which took us through the snow capped Andes to the border between Argentina and Chile, right in the centre of the mountains. 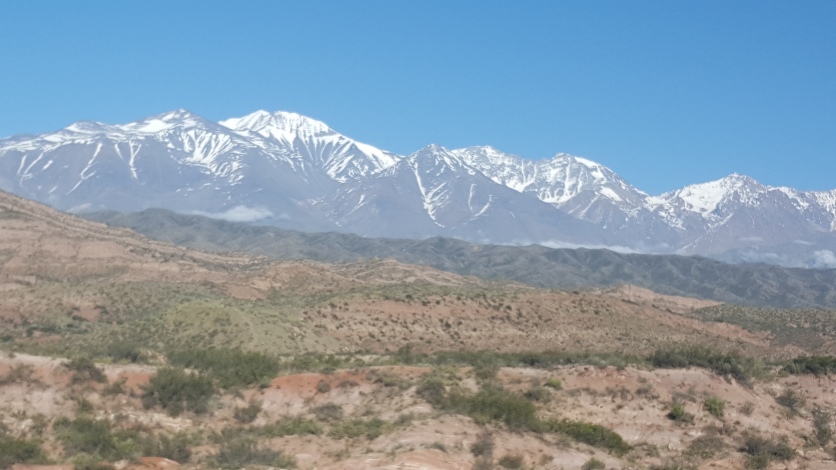 To the right along Ruta 7 we drove past Mount Aconcagua (above). With an elevation of 6,961 metres this is the highest mountain outside of Asia, the highest peak of the Americas and also in the Southern Hemisphere.

The border was busy and immigration here is umm… thorough… which resulted in a total of 3 hours at the border! Due to its mountain location the air was cold at around 3 degrees although thankfully we were able to sit in the bus between the waiting periods.

As mentioned previously (when we crossed the border from Bolivia into Chile), the Chilean authorities are strict and you are not allowed to bring any food into the country. Unlike most of the Central and South American land border crossings, all bags are removed from the bus and carefully scanned. 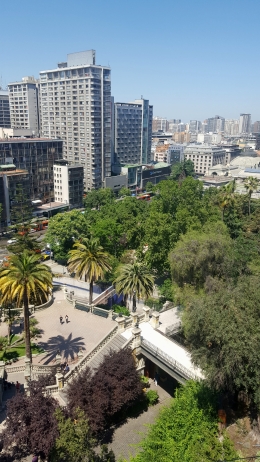 We began by walking to the Santa Lucia Hill the site where the Spanish conquistadors conquered and claimed Santiago back in 1541. Today this hill is one of the most popular areas of the city and is frequented by locals and visitors alike. At only 69 meters above the streets of Santiago, the climb to the top of the hill is relatively easy and offers great (and free) views of the city. 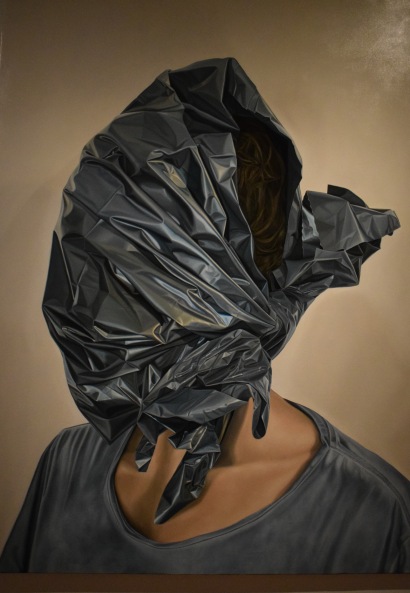 Near to Santa Lucia Hill is Barrio Lastarria a charming little neighbourhood full of culture and chic wine bars . Here we found the Museo de Artes Visuales (Museum of Visual Arts) which has an entrance fee of only 1000 Chilean Pesos (around £1) each.

The museum is small, contains mostly video imagery and at first you start to wonder why you bothered visiting. However if you stay for a while and carefully observe the paintings and videos in the calm and spacious environment you start to comprehend and interpret what they may be representing. This, after all is probably the fundamental concept of understanding and appreciating art…

At first we looked at the painting (above left) and thought it looked like a messy piece of modern art until we stood back and saw the face of an ape being depicted. The other finely detailed painting (above right) can also probably be interpreted as one wishes…

The main video exhibition displayed the work of Marcel Odenbach a German video artist. One example of his work showed two videos playing simultaneously and side by side. At first they seemed unrelated until you watch both carefully and realise they are cleverly linked but show two different perspectives of a single scenario.

From the classy Barrio Lastarria we headed to the Plaza de Armas, the main central square of Santiago and described by almost all Santiago websites as the ‘heart’ of the city. This plaza is surrounded by several historic buildings including the main cathedral of Santiago.

We walked around the plaza and along the main pedestrian street, buzzing with crowds of people and street hawkers, towards the market. The Mercado Central is considered to be one of Santiago’s top tourist attractions selling all manner of market produce. This area also contains a number of seafood restaurants.

From the market we had a short wander around one of Santiago’s many shopping malls before making our way back to Barrio Lastarria where we had a scrumptious meal in Bocanariz wine bar. The above main dish was ravioli filled with butternut squash and cooked in creamy bell pepper sauce with roasted pumpkin seeds!

While Santiago has many more attractions and places to visit we thoroughly enjoyed our day of strolling around the city centre and soaking up the modern and yet informal atmosphere. As well as the Mediterranean weather Santiago did have a European city feel to it… possibly Madrid?…