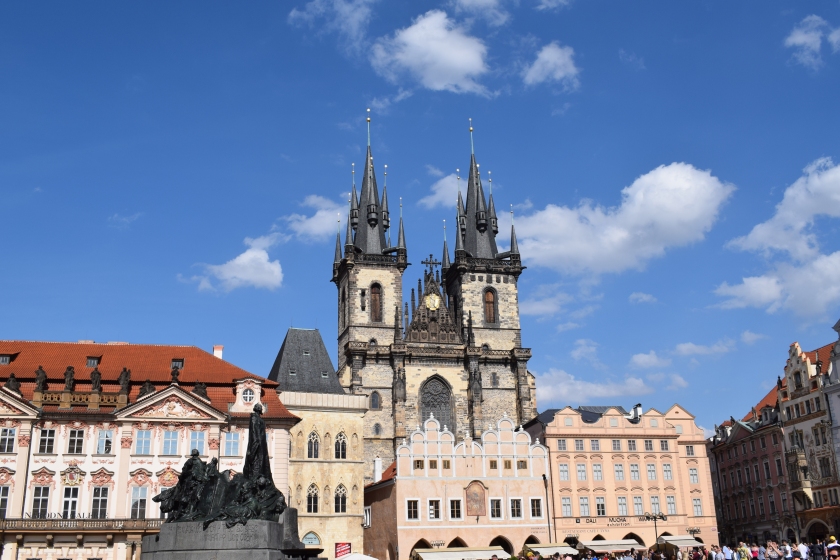 Prague (or ‘Praha’ if you are Czech or ‘Prag’ if you are German) is the capital city of the Czech Republic. The Czech Republic and Slovakia were formed on 1st January 1993 following a peaceful division from what was previously the single country ‘Czechoslovakia’.

Prague is a beautiful city crammed full with grand and magnificent sights. It is also crammed full with hoards of selfie stick wielding tourists and if you are not stampeded by herds of 200 people all milling around behind stern looking flag holding tour guides you stand a good chance of being run over by one of the many hundreds of tourists on zooming past on segways. 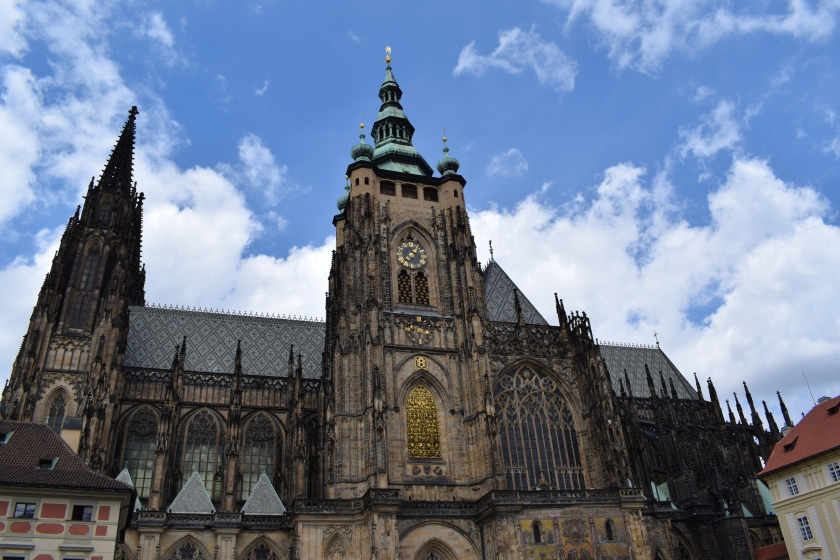 Oh and just to mention stag and hen parties… Prague is a popular stag/hen weekend destination and as our visit happened to be on a Friday and Saturday we saw a number of slightly drunken groups and individuals! We would say (and based on Laura’s previous relatively stag free Mon-Fri visit to Prague in Aug 2004) that summer weekends may be better avoided if possible! Having said that, while there were a few stag/hen parties most of the revellers were in good humour (albeit with dubious looking props and costumes…)

We climbed the tower at the (castle) end of Charles Bridge which is well worth doing. This had far less tourists than the tower at the Old Town Hall and offers spectacular panoramic views of the castle, the river and of course the bridge. The only thing is that unlike the Town Hall tower, in this case you have to walk up the steps!

As well as the Charles Bridge tower we also climbed the Old Town Hall tower. This is higher and has a lift to the top. The Astronomical Clock is located on the tower. As mentioned in Wikitravel the clock “was first installed in 1410, making it the third-oldest astronomical clock in the world and the oldest one still operating”. 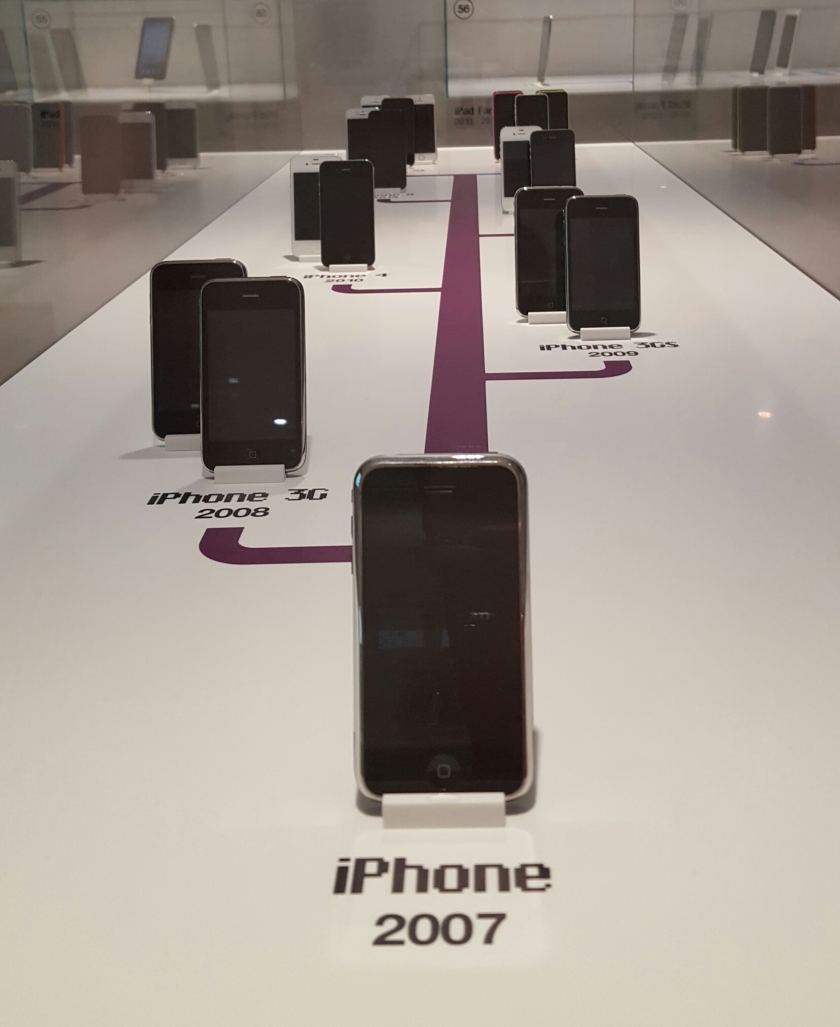 We visited the Prague Apple Museum which, although we felt the entry fee was a bit steep at 11 euros each, was quite interesting. The museum contains the largest private collection of Apple memorabilia in the world and had many exhibits of iPads, iPods, iPhones, laptops and computers. Laura reminisced over her first home computer, the Apple LCII from the early 90’s… And was reminded of the 3-4 hours it took to install MS Office with 33 floppy disks onto its 160 MB hard drive!

There is also a great deal of information about the legendary Steve Jobs (1955-2011)  with examples of his memorable quotes and with many tributes to him and his work.

We were fortunate to come across Vegans Restaurant Prague which was popular with mostly younger people. From a varied and exciting menu we both had the most delicious beetroot burger. It was really tasty and if we could eat food like this every day Laura would consider becoming vegan or at least vegetarian. Throughout our 2016 travels we’ve found that often the tastiest meals have been those in vegetarian restaurants. Maybe they sometimes strive to be more creative or maybe non-meat products often just taste better?

We had two nights in Prague as part of our 2016 European road trip. When selecting a hotel we had slightly different criteria than would be usual for our past city breaks. The ‘Hotel Coronet‘ fitted the bill perfectly as it was easy to drive to (being just inside the Prague ring road), had secure parking at the back and was only two metro stops from the city centre. It was a real bonus that they had practically the fastest wifi of the entire trip, excellent shower in the large and comfortable room and a tasty breakfast. We would certainly stay there again if we are Prague road tripping in the future!