Panama City is the final destination of the Central American leg of our 2016 global adventure!

In contrast with other Central American cities we’ve been fortunate to visit or pass through including Belize City, Guatemala City, Managua and even San Jose, Panama City is modern, vibrant and cosmopolitan!

Of course, the most famous attraction of Panama City is the Panama Canal. We decided the best way to see the Canal and other attractions of Panama City would be on a Hop On Hop Off city sightseeing tour!

We purchased a 48 hour ticket for $37 each which gave us unlimited travel around to 7 different stops which included the Panama Canal.

The Panama Canal was built to enable the Atlantic and Pacific oceans to be connected as a ‘short-cut’ through the Americas. The canal, considered a huge feat of engineering, was completed in 1914 by the US.

Eventually after years of demonstrations and protests, the US gave full ownership of the canal to Panama in 1999.

The 48 mile Panama Canal has locks at each end to lift ships 85 feet above sea level where they cross the man made Gutan Lake.

Following an extensive expansion project a third set of locks was opened in June 2016.

Entrance to the Miraflores lock on the Panama Canal was $15 each. We watched a short video which gave us the history of the canal and visited the Panama Canal museum. Both were interesting and put our visit into a good context, especially as we were fortunate to witness a ship passing through the lock while we were there.

The Biomuseo was another stop on our city sightseeing tour! We decided not to visit mainly due to the $22 entrance cost and average trip advisor reviews. The eye catching museum was designed by Frank Gehry, a world renowned designer who also designed the Disney Concert Hall we saw in Los Angeles on the very first day of our 2016 travels back in January. 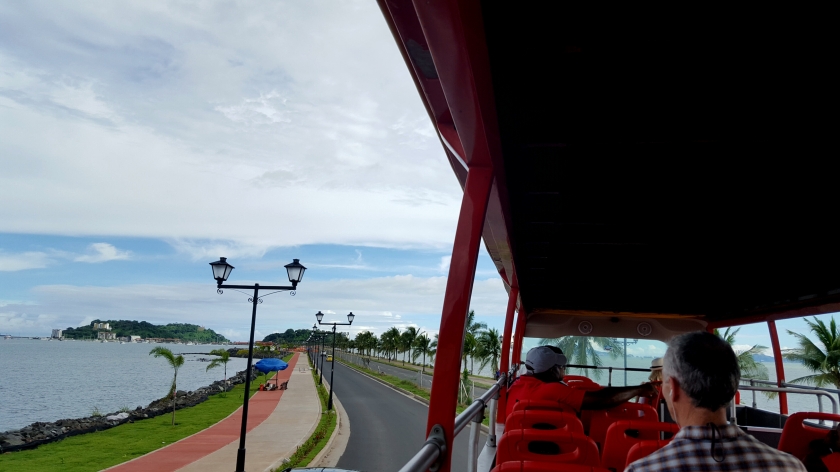 From the Biomuseo we continued along the Amador Causeway towards Flamenco Island. There is currently quite a lot of development work along the causeway although this didn’t impact our visit.

From the causeway we had some great views of the Panama City skyline. 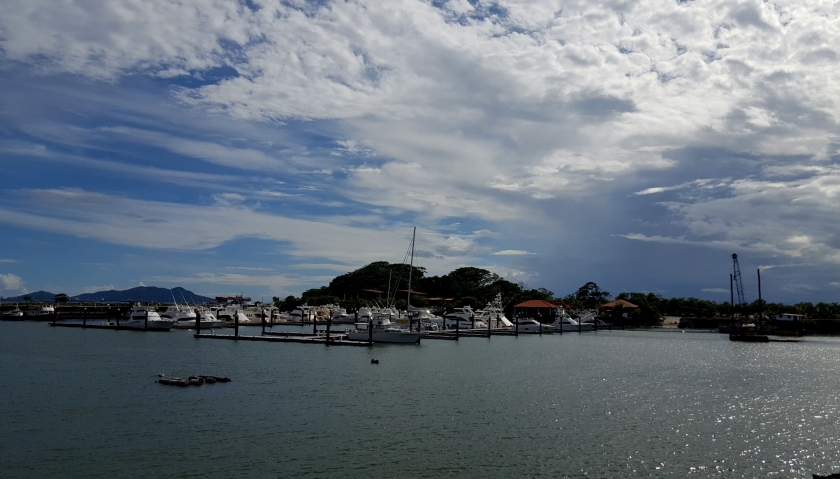 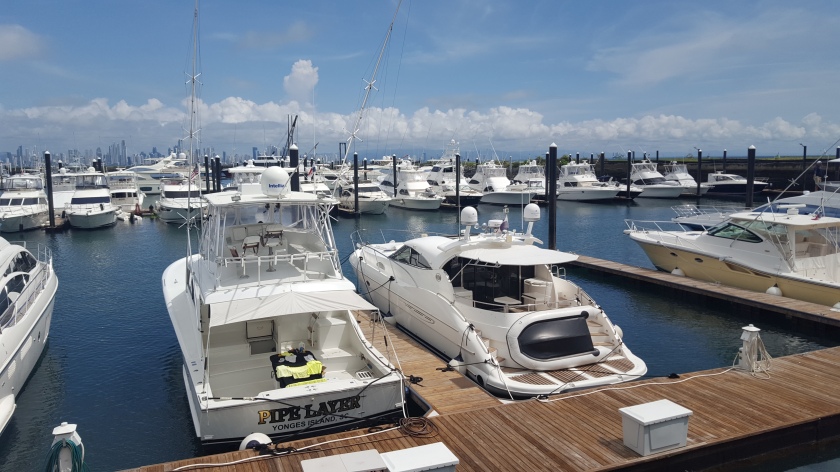 Other than a couple of attractive marinas and a handful of restaurants we didn’t find too much to do on Flamenco Island! We stayed for a drink and boarded the next available Hop On Hop Off bus!

Above is Casco Viejo, the ‘Old Town’ of Panama and another bus stop! Casco Viejo was first built by the Spanish around 1673 so does have a European feel although we felt it was more reminiscent of perhaps Sicily rather than Spain!

We spent 2 hours walking along a recommended walking route which took us past several attractions and monuments.

After several weeks of travelling through Central America we enjoyed coming back to a few modern comforts in Panama; several modern shopping malls, friendly and easy-going locals and good feelings of safety even when walking around in the evenings. 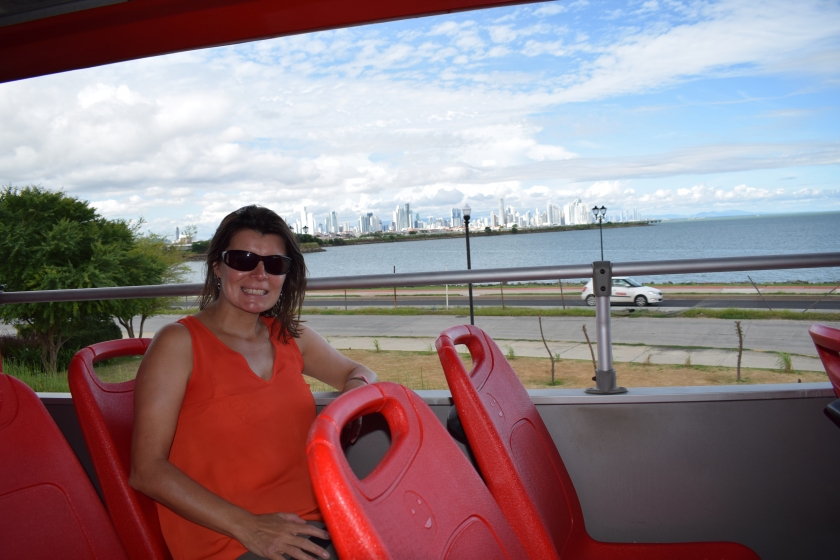